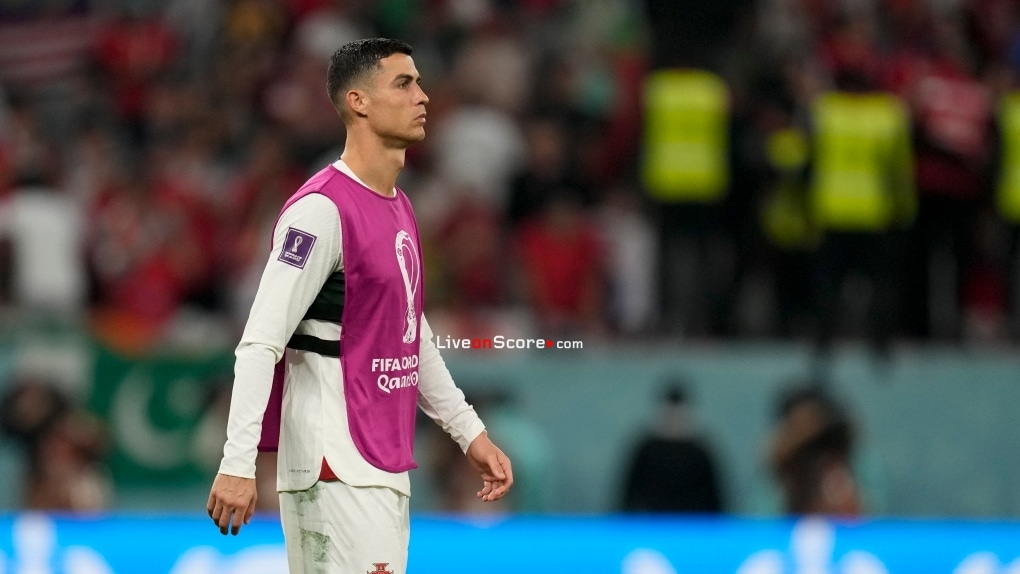 It was early October in Lisbon when four friends set out on a hitchhiking mission to Qatar, with the ultimate goal of watching Cristiano Ronaldo at what will surely be his final appearance on the globe’s grandest stage.

They rode horseback through the Saudi Arabian mountains and pinched lifts in 13 countries, but the undoubted highlight was joining thousands of other adoring supporters who had made their own journeys to witness Ronaldo become the first man to score at five World Cups.

“This was a beautiful moment,” the 37-year-old beamed after netting Portugal’s opening goal of the tournament from the penalty spot in a win over Ghana.

He may have left Manchester United in a fume, but natural order was restored with Portugal – Ronaldo was breaking records, and the travelling quartet waving a piece of cardboard bearing his name had satisfied their bucket-list ambitions.

Back in Lisbon, where his rise to five Ballons d’Or began 20 years ago, some pragmatists suggested Portugal play better without him, and columnists argued the forward’s legacy was tarnished by an interview with Piers Morgan. But on newspaper front pages and in the minds of many fans, Ronaldo was still hailed as his country’s footballing immortal.

“Whenever we say we are from Portugal, the next words we hear are ‘Cristiano Ronaldo’,” says podcaster Filipe Ingles. “He is probably the most famous person in the world.

Hitchhiking from Lisbon to Doha 🚗

But football moves quickly, even for someone with as long and illustrious a career as Ronaldo. His outburst at boss Fernando Santos when being substituted in the final group game against South Korea has swayed public opinion.

A poll in national sports newspaper A Bola showed 70% wanted the nation’s leading international goalscorer to be dropped for the last-16 tie against Switzerland. Santos, who expressed his own displeasure at Ronaldo’s actions, obliged.

“Ronaldo is an absolute hero to the Portuguese people and to football fans, whether Portuguese or not,” Portuguese journalist Hugo Pedro Queiros told BBC Radio 5 Live.

“Here in Qatar, you see that every day. However, the people are starting to realise and understand that every star has its twilight and Ronaldo’s twilight is coming. Father Time is relentless, and you cannot beat him.”

The same single-mindedness that drove Ronaldo to the very top may also mean he is the last to see his own twilight hurtling into view.

But watching from the bench – at least for the first 73 minutes – as Portugal delivered their most devastating performance without him may have nudged the penny closer to the edge, if replacement Goncalo Ramos’ stunning hat-trick hasn’t already made it drop.

“Cristiano Ronaldo will always be Cristiano Ronaldo – the best there has ever been,” said former Portugal team-mate Jose Fonte on BBC Radio 5 Live. “Let’s not forget what he has done for us and who he still is. Just coming off the substitutes’ bench gives the opposition problems.”

Staring down the lenses of the ravenous press pack, bottom lip flared like a wounded toddler, there was a rare vulnerability about Ronaldo in a substitutes’ vest. He is used to the spotlight, but not this spotlight.

It was the first time since 2008 he had not started a major tournament game and Ronaldo was undoubtedly disgruntled. The Portuguese Football Federation even felt the need to release a statement denying he threatened to leave camp. However, as team-mate Bruno Fernandes quipped, which player would be happy to sit on the bench?

“He means so much for Portugal,” former international team-mate Ricardo Rocha tells BBC Sport. “But he is not in a good phase and footballers go through that sometimes in their careers. The manager proved it was the best choice because we played a fantastic game.

“Ronaldo is focused on the national team; he knows how important it is for us and when Portugal win, everybody wins – he understands that. He is still an inspiration for the other players; still an example. He is still an amazing and fantastic player.”

Joining Ronaldo among the substitutes were Manchester City full-back Joao Cancelo and AC Milan forward Rafael Leao, showcasing the immense depth at Santos’ disposal. On the pitch, emerging from the shadow of their great talisman, Fernandes, Bernardo Silva and 39-year-old defender Pepe have come to the fore as leaders.

“This is one of the best Portuguese teams,” adds Rocha. “The quality we have, the experienced players, players who are in the best years of their careers in Bernardo Silva and Bruno Fernandes.

“Then you have the young players; the new generation coming in. They are proving their quality, bringing a lot of good things to the national team.”

Excitement in Portugal was low before the tournament, partly because people were pre-occupied by the domestic season, but also because – despite winning Euro 2016 and the 2019 Nations League – critics labelled Santos’ football dull.

“It used to be the romantic thing – we played the beautiful game but would never win anything,” adds Ingles. “Santos changed that mindset to ‘let’s just get the job done’.”

‘Ronaldo’s legacy will still be cherished’
However, the boss loosened the leash for the thrashing of Switzerland and will be expected to exploit that attacking talent again in Saturday’s quarter-final against Morocco (15:00 GMT).

“He was my manager at Benfica and is a great person. He knows the game, he gave me freedom and confidence,” says Rocha. “But he is, like you say, a little bit pragmatic and cautious in the way he approaches the game.

“He is a good coach to work with. He demands a lot from the players, but has a good relationship with the players.

“Something changed in the last game. It was not an easy decision, but it was the moment he felt he needed to change something – and he proved himself right.”

Fans set off fireworks in Lisbon after the game, and Expresso journalist Diogo Pombo says belief is growing across the country.

“Portugal played the way Fernando Santos said he wanted them to play from the start – in a more attacking way, with all the talented and most creative players playing at the same time,” he says. “We saw a free-flowing team that got people really excited.”

But if Portugal are to become champions in Qatar, where does that leave Ronaldo?

“If Ronaldo is on the bench for the next three matches and Portugal win the World Cup, even if he doesn’t play in the final, his legacy would still be intact,” adds Pombo, reflecting on Ronaldo’s contribution after getting injured in the Euro 2016 final.

“If Ronaldo managed to have a similar posture and attitude in helping and supporting the players on the field, it would be a really good thing for a captain of a national team.

“He would still be giving his valuable support and would show all of his leadership qualities. If he manages to focus on that and have that kind of an attitude, his legacy would most definitely still be cherished.”