Williams, who beat Elena Vesnina 6-2 6-0 in the semi-final, has played in both Grand Slam finals this year but failed to win either.

Although Williams leads the head-to-head between the pair 5-2, it was Kerber who claimed the first major of the year in Melbourne, beating the American 6-4 3-6 6-4. However, it has been a different Williams that has dominated the grass courts for the past two weeks. 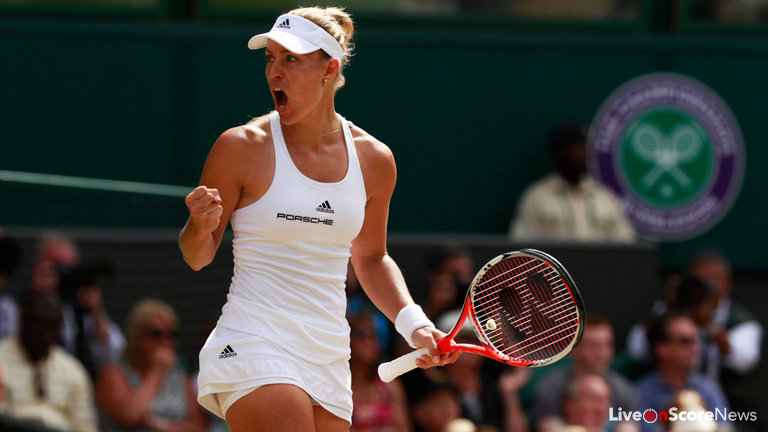 In Australia, Williams’ decision making, serve and forehand looked out of kilter as she struggled to find any rhythm. Over the last two weeks she has barely put a foot wrong, dropping just one set and cruising to a semi-final win in only 48 minutes.

While Kerber will play in her first final at Wimbledon, It will be Williams’ ninth appearance in Saturday’s showpiece event.

Although Kerber will be considered the underdog, the fourth seed has reason to believe she can cause an upset. The German is yet to drop a set at this year’s Championships and will provide a much tougher test for Williams than anyone she’s faced so far.

It is 20 years since her compatriot Graf won the last of her seven Wimbledon titles, and Kerber will do all she can to emulate her childhood idol. On the other side of the net, Williams attempts to equal, and eventually overtake, the former world No 1’s Grand Slam record.

Whatever the result, making the final ensures that Kerber will become world No 2 for the first time in her career.

Best XI from France and Portugal ahead of Euro 2016 final