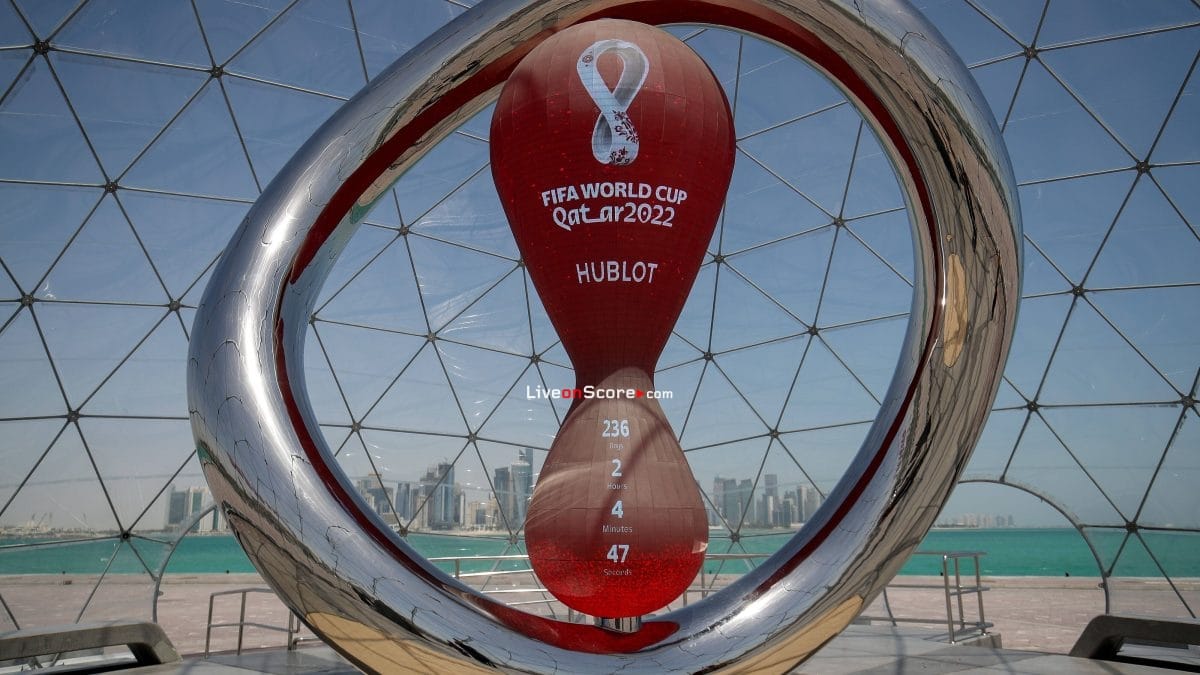 World Cup 2022: Fifa tells all competing nations to ‘focus on football’ in Qatar

Fifa has written to all 32 teams competing at the World Cup to tell them the time has come to “focus on the football”.

The tournament, which starts in Qatar on 20 November, has been surrounded by controversy.

Qatar has been criticised for its stance on same-sex relationships, its human rights record and its treatment of migrant workers.

Peaceful protests have been planned by some players.

England’s Harry Kane and nine other captains of European teams will be wearing ‘One Love’ armbands.

Denmark will wear “toned-down” shirts to protest against Qatar, with kit provider Hummel said it “does not wish to be visible” in a tournament it claims “has cost thousands of lives”.

Paris, and other French cities, are refusing to screen matches in public areas, despite France being the defending champions.

Australia’s squad has released a video urging Qatar to abolish its laws on same-sex relationships.

Speaking this week, Liverpool manager Jurgen Klopp said it was “not fair” to expect players to make political statements or protests at the tournament.

England midfielder Jordan Henderson told Radio 5 Live Breakfast: “A lot gets puts on players on should the World Cup be played there and everything that goes with that, but the players don’t decide where the World Cup is played.

“Fifa decides that and that is a question for them to answer. For us as players we just play football and try to have a voice in certain ways to help as much as we can.”

He added: “We do little things like that to try and show people we are all one, we are all inclusive and that is why that campaign [Kane’s armband] was brought to light.

“If you do the right things, that is the most important. Whatever players say and do, the World Cup is ultimately played where Fifa decides. Unless everyone is just not going to turn up and go, then no matter what people say it is never going to be enough.”

England’s Beth Mead said on Thursday it is “disappointing” the tournament is being held in Qatar. Mead, who is openly gay, does not think the Gulf state is the “right place” for the tournament to be staged.

Other off-the-field issues include Russia being banned by Fifa after the invasion of Ukraine. In addition, the Ukrainian FA has called for Iran to be banned from the World Cup for “systematic human rights violations”. It believes a crackdown on protests in the country “may violate the principles and norms” of Fifa.

The World Cup has been moved to the winter for the first time. Qatar initially proposed to host the finals during the summer in air-conditioned enclosed stadiums, but the plan was rejected.

Qatar’s World Cup organisers state “everyone is welcome” to visit the country to watch the football, and that no-one will be discriminated against.

In addition to calling on countries to “now focus on the football”, the letter – signed by Fifa president Gianni Infantino and secretary general Fatma Samoura – says: “Everyone is welcome regardless of origin, background, religion, gender, sexual orientation, or nationality.”

It also states: “We are aware that there are many challenges and difficulties of a political nature all around the world.”

Seven new stadiums have been built for the event, as well as an airport, roads and about 100 hotels. Qatar’s government says 30,000 foreign labourers have been hired just to build the stadiums, with most coming from Bangladesh, India, Nepal and the Philippines.

Human rights groups have complained about the treatment of foreign labourers in Qatar, and the number who have died there.

In February 2021, the Guardian said 6,500 migrant workers from India, Pakistan, Nepal, Bangladesh and Sri Lanka had died in Qatar since it won its World Cup bid in 2010.

The number is based on figures provided by the countries’ embassies in Qatar.

However, the Qatar government said the total was misleading, because not all the deaths recorded were of people working on World Cup-related projects.

The government said its accident records showed that between 2014 and 2020, there were 37 deaths among labourers at World Cup stadium construction sites, only three of which were “work-related”.

England’s Football Association has backed calls for compensation to be awarded for “any injury or death related to any construction project” for the World Cup.

The battle for Bellingham: Liverpool close in as Real Madrid lurk