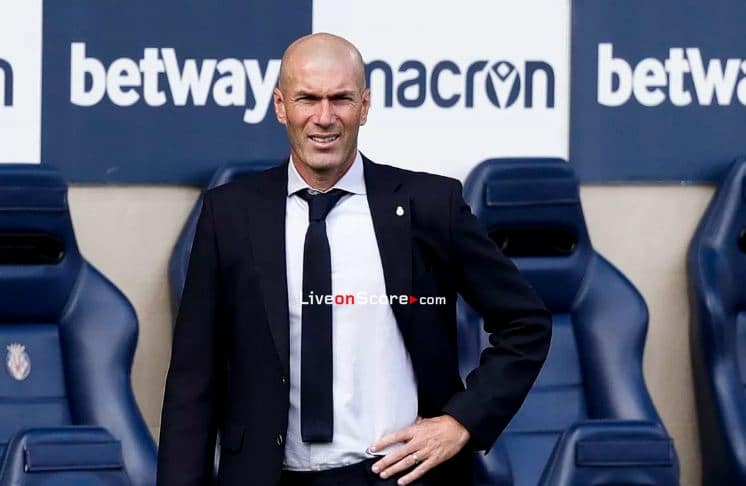 Zidane: “If you don’t get off to a good start, it becomes an uphill struggle”

“We’re going to try and do better to go out and win our next game”, commented the boss.
Zinedine Zidane addressed the media in an online press conference following the defeat against Cádiz and reflected on the game in the following terms: “There’s no explanation. We’ve got to accept defeat and that’s all there is to it. We can’t be pleased with ourselves and we’re not, but these things can happen in football. We really struggled to get into the game, it was really tough right from the off. We improved after the break, but we could have had no complaints had they been two or three up in the first half. If you don’t get off to a good start, things can become an uphill struggle and that’s what happened tonight, but it’s no excuse”.

“We’ve lost a game, nothing more than that. Of course it’s an important three points because we’re at home, we were top of the pile going into the match… Of course they’re important, but that’s all. We’ve now got to focus on our next game. We struggled at the start. We didn’t get a foothold in the game. We struggled in terms of our fitness and when it comes to creating chances, that depends on the way you start the match. It’s true that we struggled badly today”.

Sergio Ramos
“Let’s hope it’s nothing major, it’s a knock and we’ll do what we have to do tomorrow to see exactly what the issue is. Let’s hope it’s a minor one”.

Forthcoming games
“We’re now going to think about the next game and what we have to do is rest up well and try to do better to win the match. Today is a bad time for all of my players and madridismo and we’re going to try and turn that around in our next game”.