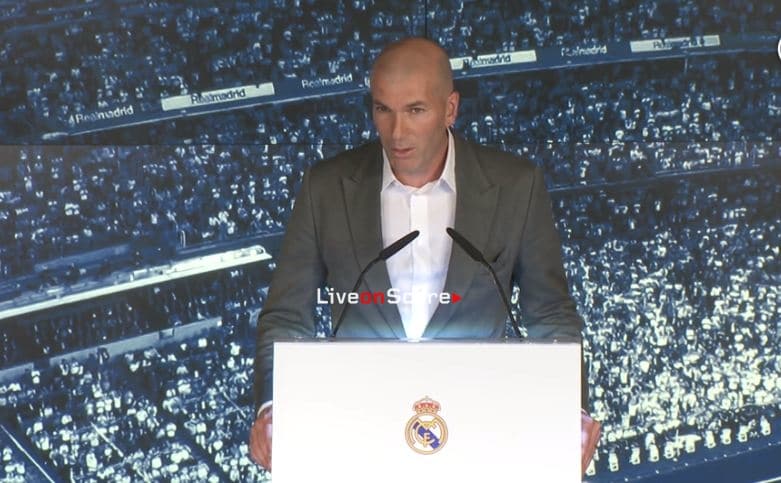 He has signed a deal until 30 June 2022. He guided the team to three Champions League crowns, two Club World Cups and UEFA Super Cups apiece, one LaLiga title and a Spanish Super Cup.

Zinedine Zidane (23/06/1972, Marseille) has been named as Real Madrid’s new head coach, with the Frenchman returning to the club at which he etched his name into the history books both as a player and coach. During his time at the helm, the team enjoyed one of the most glorious eras within the legacy of the best club in the world. In his two years and five months in charge, the Whites captured nine pieces of silverware: three Champions League crowns, two Club World Cups, two UEFA Super Cups, one LaLiga title and Spanish Super Cup apiece.

Real Madrid’s history and Zidane’s past go hand-in-hand. The hero of the club’s ninth European Cup triumph, courtesy of his unforgettable goal in Glasgow, he remained at Real Madrid after calling time on his playing career. He served as assistant coach of the team that secured the club’s 10th European Cup, before taking over the reins at Castilla, a position he held until he was named first-team coach on 4 January 2016, with his tenure in this role coming to an end on 31 May 2018. In less than three seasons he achieved the unprecedented feat of becoming the only coach to have led a team to three straight European Cup triumphs.

Zidane oversaw 149 games in charge of Real Madrid and recorded 104 wins, the last of which secured the club’s 13th European Cup trophy in Kiev. In addition to the silverware secured under this stewardship, the French tactician broke several records. He boasts the best record of any Real Madrid coach in his first 70 games (51 wins, 14 draws and five defeats). During his spell in the hotseat, the team also broke the Spanish record for consecutive games scored in (73) and the longest unbeaten run (40).

His spell as a player
During his five-year stint as a Real Madrid player, Zidane lifted one European Cup, Intercontinental Cup, UEFA Super Cup and LaLiga title apiece and two Spanish Super Cups. In addition, his trophy haul during his playing days also features a World Cup winners’ medal and a European Championship as he led France to glory and a Ballon d’Or award.