B. Monchengladbach vs Dortmund Preview and Prediction Live stream Bundesliga 2021 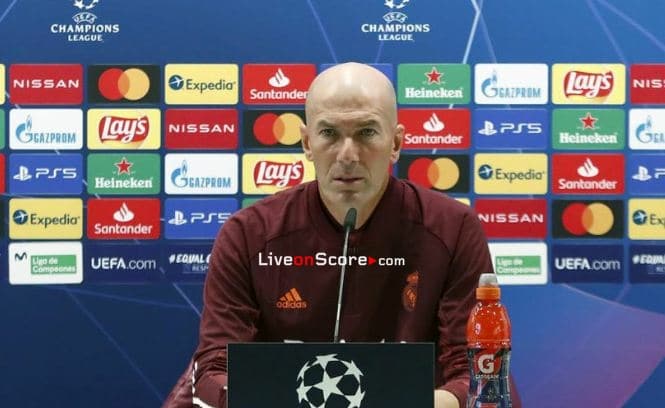 Zidane: “The team’s in good shape and we’re aware of the importance of the game”

“We’ll have to dig in but we want to pick up the three points”, declared the boss.
Zinedine Zidane took to the media room at the San Siro ahead of the team’s final training session before Wednesday’s clash against Inter Milan (9pm CET). The madridista coach previewed the match in the following terms: “We’re doing fine. We’re ready, we know just how important the game is and we can’t wait for the match to come around. We’re ready, we’ve got our final training session now and it’s time to focus on tomorrow’s game”.

“We always go out to win. You can’t go looking to draw or lose the game. We don’t know how things are going to work out tomorrow night, the only thing I can say is that the important thing is to give your all out on the pitch. We always go out to win. It isn’t a risky game. It’s an important match and it’s an opportunity for us to put in a good performance because every passing game is more like a cup final”.

San Siro return
“What can I say about that? I’ve now got four years’ more experience and nothing has changed about who I am and what I want as a coach. I still enjoy myself and that’s the most important thing for me”.

Results without Ramos
“We know just how important Sergio is. We’re aware of what a great player he is, but statistics are there to be broken. Sergio isn’t available and we would have liked him to be, but he can’t because he’s out injured. We need to try and turn things around. We know that it’s a cup final, it’s three points, we know how things stand in the group and we’re going to go out there, whilst being aware that we’ll have to dig in, but we’re raring to get the three points”.

Calendar
“I’ll repeat what I said the other day. It’s obviously a lot of games and all the more so when you look at the start of the season we had, with virtually no time to prepare. We’ve spoken about all of this on many occasions and I’m not making excuses. The only thing is that you guys are here to speak about these things, but you get to a point where you realise there are a lot of games, a lot of injured players and that the spectacle isn’t the same. Everyone has their own take on it”.

B. Monchengladbach vs Dortmund Preview and Prediction Live stream Bundesliga 2021