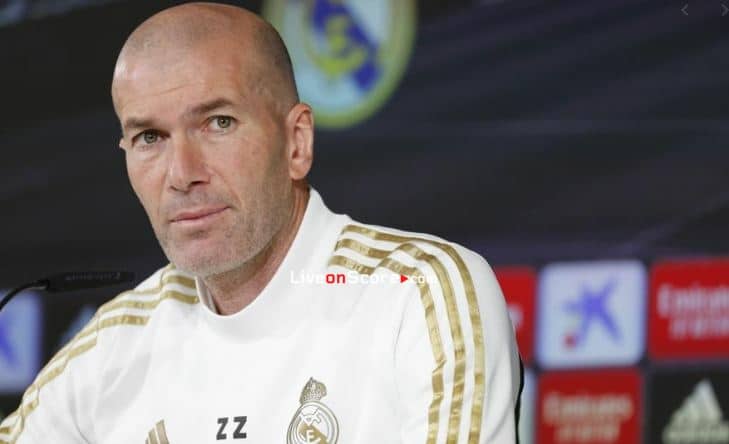 Zidane: “We deserved more from that performance”

“We dropped two points. We have to praise my players, they played well”, added the Real Madrid coach.

Zinedine Zidane spoke in the press room of the Estadio de la Ceramica after the match between Villarreal and Real Madrid.

The French coach has this to say: “We deserved much more from today’s performance, especially in the first half. I’m annoyed as the boys worked really hard”. “We dropped two points. We have to praise my players, they did well, we controlled the game and in one move they equalised. That can happen in football.

We had a chance today to pick up three points and it’s a shame”. Mariano’s substitution “He hadn’t played for a long time and was exhausted at the end”. His personal situation “I have the same drive and it will always be like that until the last day. You continue with what you’re doing and I’ll get on with my work”. Hazard “He’s here, he’s played, its true that he’s not played for a long time and in a match you have to manage the minutes well, but he’s involved and he’s fine”. Isco “He’s a Real Madrid player, he’s staying here and that’s it. We’re not going to talk about what happens inside, that stays inside”.

Arteta "We need to protect the players more"