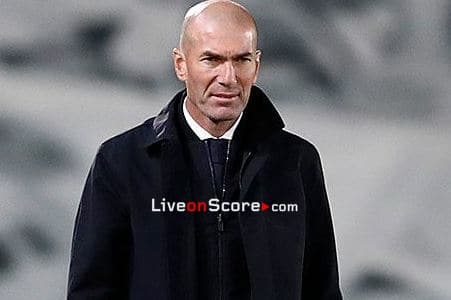 Zidane: “We fought until the end and deserved the win”

“Sergio Ramos is our leader and will continue to rewrite the history books”, stated the boss.
Zinedine Zidane addressed the media in a press conference following Real Madrid’s important win against Inter at the Di Stéfano and the coach reflected on the game in the following terms: “It was a good performance from us. We scored two goals and applied a high press, which is what we wanted to do. It was a Champions League game, a tight affair and they pegged us back to 2-1 very quickly. The second half was a bit tougher for us, but that’s to be expected when you’re up against a side like Inter. It was a really good game. It was a match in which we had to get the three points and we did just that. I’m delighted for the players after the effort they put in, we fought to the end and deserve our win”.

“I’d like to say that our performance in Germany was really, really good. Drawing that game was normal and it’s true that tonight’s match was really even, but I think we deserved to win. In any event, they’ll all be tough games, you’ll never get an easy game. The fact that we managed to win tonight is really good”.

Substitutions
“The substitutions are there to try and bring something new and it’s true that the move was really good for our third goal with Vini Jr. and Rodrygo, all of them were involved. We had to get the three points and with the contributions of Vini Jr. and Rodrygo, who scored a really fine goal, we’ve got to be happy for the pair of them and for everyone else”.

Sergio Ramos
“Just the small matter of 100 goals. We know just what a great player he is and I’m delighted because tonight was really important for us, as he always with his, with his goal. He’s our captain, our leader and of course we want him to be with us forever. What’s more, that’s what he’s doing, showing that he’s always got that desire and I’m in no doubt that he’s going to stay here and will continue to rewrite the history books”.

PIRLO and CUADRADO ON THE EVE OF FERENCVAROS – JUVE