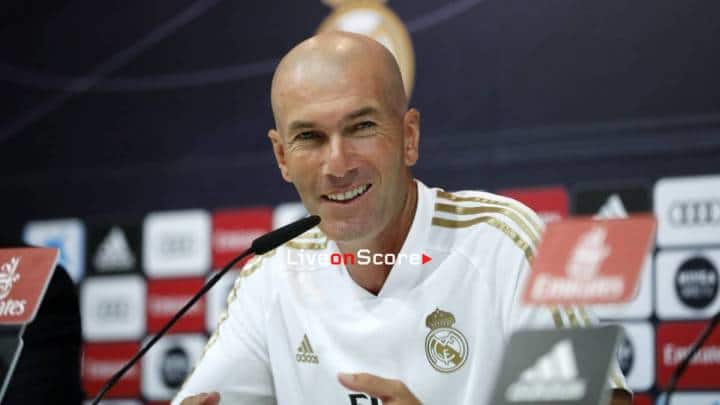 Zidane: we want to put in a good performance

“It’ll be tough because Brugge are looking to qualify in third place, but our reputation is on the line”, he added.

Zinedine Zidane spoke to the press gathered inside the media room at the Jan Breydel Stadium on the eve of his side’s final Champions League group-stage game as Brugge host Real Madrid (Wednesday, 9pm CET). The Whites’ boss previewed the encounter in the following terms: “The message is always the same and that’s that we want to put in a good performance. That’s all there is to it. I don’t like friendly games. It’s a Champions League game and our reputation is on the line. We always want to play good football and keep our good run going. Not on account of the result, which is down to our good performances, but because we want to play well and do things properly. If we don’t approach it in that way, things will go badly”.

“It’ll be a really tough game. Brugge are playing to qualify for the Europa League as the third-placed team, but for us it’s a Champions League game and not a friendly. That’s why we want to win it, but we know just what a quality side the opposition are. We’re ready. Some of them will play, now is their time”.

Learning the ropes as a coach at Brugge
“I’ve got good memories. It’s a club that played a big part in my development”.

What you need to know about tonight's challenge in Germany