Why Brazil vs. Croatia is also a battle of iconic kits and deeper meaning

Luis Enrique out as Spain boss after Morocco loss 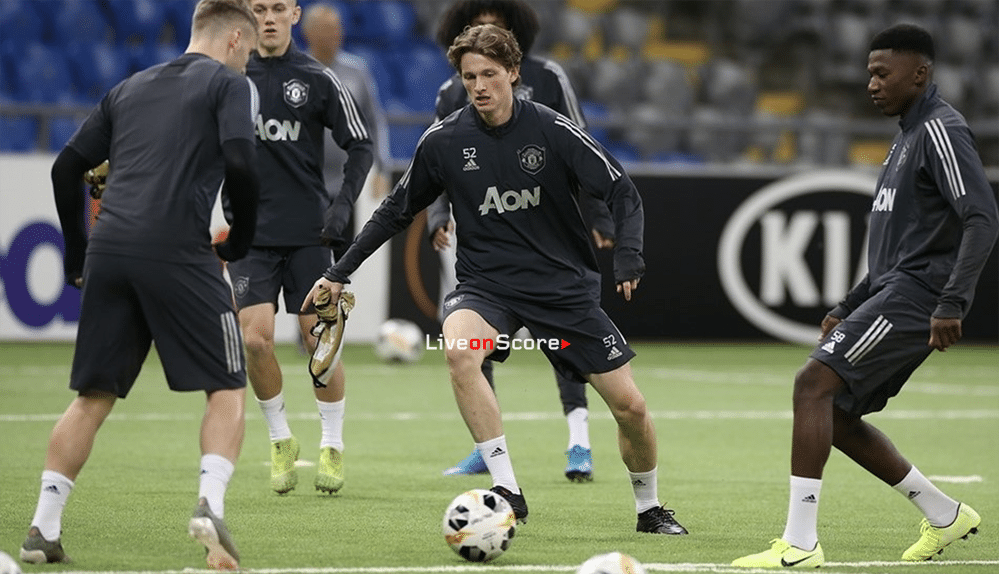 Astana and Manchester United meet on UEFA Europa League Matchday 5 at 16:50 CET on Thursday 28 November. This page will update with team news, quotes and expert analysis as kick-off approaches.

Roman Hrygorchuk, Astana coach
We know we are on a different level to Manchester United. It’s a big occasion for us, as we’ll be playing against a very strong opponent. I don’t think I need to give the players any extra motivation against a team like this. In emotional terms, we’ll be ready in the best way possible.

Ivan Maevski, Astana midfielder
It’s a big event in Kazakh football. We will love playing this fixture because it isn’t very often that we have teams like Manchester United come to visit us.

Ole Gunnar Solskjær, Manchester United manager
We’ve done great to qualify after four games and it gives us an opportunity to give game time to experienced lads who need it. Axel [Tuanzebe], Luke [Shaw] and Jesse [Limgard] have not really had too many games and are coming back from injuries. It’s a great chance for me to give Lee [Grant] his first start for the club.

Eugene Ravdin, Astana
Astana can no longer reach the last 32, but will still field their best squad as they bid to end a run of four straight Group L defeats. Since United are expected to come with a young team, Astana have a real chance to bring some joy to their sold-out, 30,000-seater stadium. They have yet to finish a UEFA group stage point-less.

Matthew Howarth, Manchester United
Having already guided his side into the knockout stages, Solskjær is likely to field a younger team than the one that faced Partizan last time out. Astana nearly held the Red Devils to a draw in September, and Thursday’s game may follow a similar pattern if the visitors fail to make the most of their opportunities.

• On Matchday 1, United’s first UEFA encounter with opposition from Kazakhstan – and Astana’s first against a club from England – proved tighter than expected as the Old Trafford crowd had to wait until the 73rd minute before teenager Mason Greenwood scored the only goal of the game.

Astana
• Astana collected their fifth straight domestic title in 2018 while also playing no fewer than 16 European matches in that calendar year – the last six in the UEFA Europa League group stage, where they finished third in their section with eight points. This season they again came through four summer qualifying ties, the first a defeat by CFR Cluj in the UEFA Champions League, before eventually squeezing past BATE Borisov in the UEFA Europa League play-offs (3-0 h, 0-2 a).

• Astana’s maiden UEFA Europa League group campaign in 2016/17 ended unsuccessfully with five points, but they doubled that number the following season to finish second in their section and qualify for a first ever crack at springtime European football. The extended campaign lasted just two matches, Sporting CP overcoming them 6-4 on aggregate in the round of 32.

• Astana won all four of their home qualifiers this summer, scoring 13 goals and conceding two, and have emerged victorious from nine of their last 13 European games in Kazakhstan, losing the other four. Their home record in the UEFA Europa League group stage is W4 D3 L4, with defeats in each of the last three.

Manchester United
• The three-time champions of Europe came sixth in the 2018/19 Premier League, which meant direct access to the UEFA Europa League. They were quarter-finalists in last season’s UEFA Champions League, going out to Barcelona after a remarkable round of 16 second-leg comeback against Paris Saint-Germain (0-2 h, 3-1 a).

• United have appeared in three previous UEFA Europa League campaigns, but this is only their second group stage start – the previous one three seasons agohaving ended in outright victory under manager José Mourinho against Ajax in Stockholm. The Manchester giants exited in the round of 16 on their other two participations.

• The Red Devils’ away record in 13 UEFA Europa League fixtures is W5 D3 L5, with no defeats in the past seven (W4 D3). Indeed, United are now unbeaten home and away in 15 UEFA Europa League matches (W11 D4), keeping clean sheets in 11 of those, including the last five, and conceding just four goals over that stretch.

• United midfielder Scott McTominay was a member of the Scotland side defeated 3-0 by Kazakhstan in Astana in the teams’ opening UEFA EURO 2020 qualifier. Yevgeny Postnikov and Roman Murtazayev started for the hosts, with Serikzhan Muzhikov coming on as a substitute.

• Astana made it six domestic championships in succession on 3 November when they won 1-0 at Tobol while rivals Kairat went down 5-0 at Irtysh. They finished the season with 69 points from their 33 games, one ahead of runners-up Kairat.

• Manchester United are one of three former UEFA Europa League winners in this season’s group stage, along with Porto and Sevilla.

• United are the only team yet to concede a goal in this season’s group stage. Indeed, the Red Devils have kept clean sheets in their last five UEFA Europa League matches, equalling the competition record set by Arsenal, Napoli, Salzburg and Villarreal.

• United’s run of 15 games without defeat in the UEFA Europa League proper is second only to that of domestic rivals Chelsea, who made it 18 matches unbeaten with their victory over Arsenal in last season’s final.

• United striker Anthony Martial’s next appearance in UEFA club competition will be his 50th. The Frenchman has scored nine European goals, including one on each of the last two matchdays against Partizan.

• A free-scoring Ukrainian striker, Roman Hryhorchuk has made his name as a coach in eastern Europe, starting out in Latvia, where he won three league titles and two domestic cups during a four-year spell with Ventspils. He went on to coach Chornomorets Odesa in his homeland and Azerbaijan’s Gabala for similar stints, overseeing UEFA Europa League group stage campaigns with both, before replacing Stanimir Stoilov at Kazakh champions Astana in June 2018. He missed the latter weeks of last year’s league title win for personal reasons but directed the 2019 triumph from start to finish.

• A former Old Trafford favourite, whose legendary status was confirmed with his added-time winner in the 1999 UEFA Champions League final against Bayern München, Ole Gunnar Solskjær returned to Manchester United as interim manager in December 2018, replacing Mourinho, before securing the position on a permanent basis the following March. A former Norwegian international striker renowned for his predatory instincts, he won six Premier League titles as a United player and established his reputation as a coach in his homeland with Molde.

Why Brazil vs. Croatia is also a battle of iconic kits and deeper meaning

Luis Enrique out as Spain boss after Morocco loss