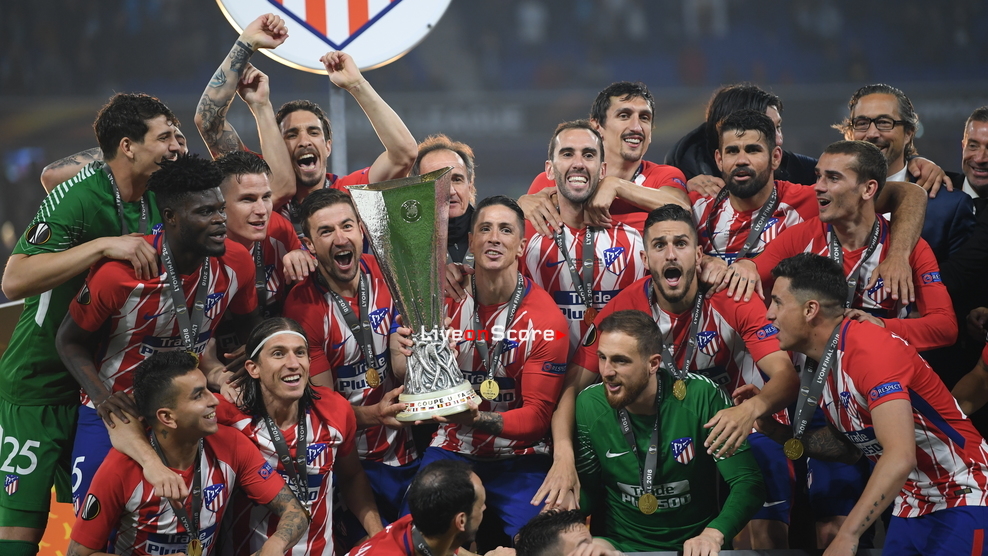 Marseille had begun brighter and were well on top midway through the first half when a fateful piece of miscontrol by André Zambo Anguissa close to his own area led to the opening goal. Gabi pounced, sending the alert Griezmann through one-on-one with Steve Mandanda. There was only ever going to be one winner.

OM were winded, and their hopes suffered another huge blow when the talismanic Dimitri Payet, an injury doubt before the game, limped off soon after. The knockout punch came minutes after half-time, a slick move concluding with a brilliant, impudent finish from Griezmann.

The teetering Marseille battled to the end, and almost set up a grandstand finale when substitute Kostas Mitroglou headed against the inside of the post with nine minutes left. But this was Griezmann’s night, even if Gabi did get in on the scoring act late on.

“Antoine is an OM fan,” Payet said in the lead-up to the match. Not on this evidence. Two chances, two goals. Brought up 70km from Lyon, he has made a habit of scoring on his return for Real Sociedad, France and now Atleti – and what better place to capture your first major trophy?

Atlético did what they do best: grinding out results. It did not quite happen for them in the UEFA Champions League but once they came into the UEFA Europa League they never hid their desire to lift the trophy. Thanks to that man Griezmann they have landed a third title in eight years and their remarkable upward trajectory under Diego Simeone continues. Joe Walker

Payet is so vital to Marseille’s play that Rudi Garcia had to take a risk on his captain’s fitness. The playmaker showed his class by setting up Valère Germain’s glorious early chance but when he went off injured it soon became apparent that Marseille would really miss their talisman. Thauvin usually feeds off Payet but never got going and despite a late revival, a Marseille defeat appeared inevitable from the moment Payet exited in tears. David Crossan

Griezmann is the ninth player to score twice in a one-off UEFA Cup/UEFA Europa League final – no one has managed a hat-trick.

Gabi’s late goal was his first for Atleti since August 2015; his first in UEFA club competition since 2011; and at 34 he is the oldest player to net in a UEFA Europa League final.
Atlético have moved alongside Internazionale, Juventus and Liverpool on three UEFA Cup/UEFA Europa League triumphs. Only five-time winners Sevilla have more.
Spanish sides have won six of the nine trophies in the UEFA Europa League era: Sevilla (3) and Atlético (3).

Gabi, Diego Godín, Koke and Juanfran enjoyed second final wins having claimed the trophy under Simeone in 2011/12. A substitute tonight, Filipe Luís was also part of both victories.

This was Marseille’s third UEFA Cup/UEFA Europa League final defeat. The only other team to have lost three and not lifted the trophy are Benfica.