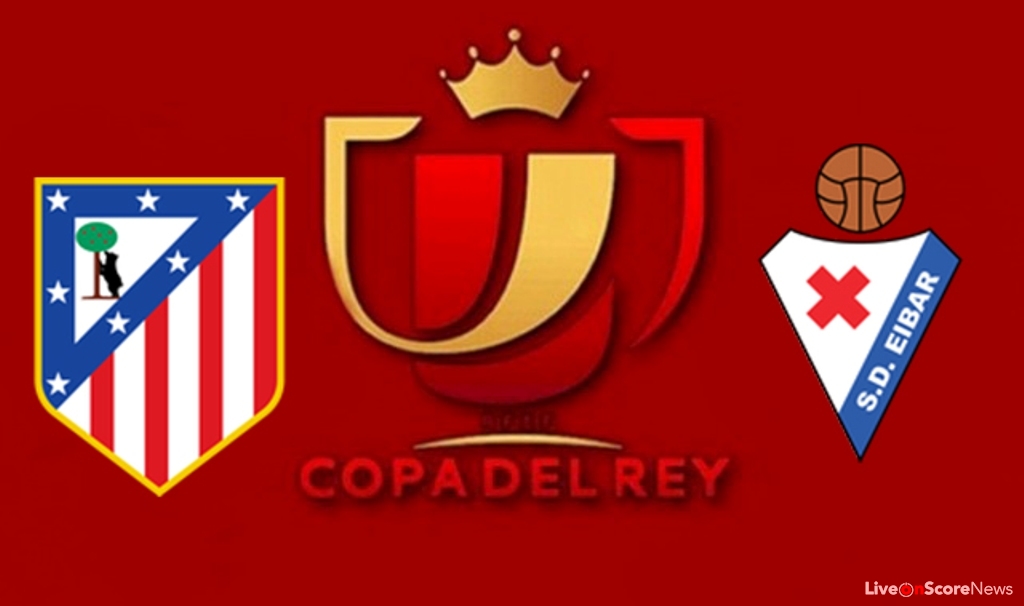 The 2-1 defeat at Barcelona on Jan. 30 will still be playing on the minds of Atletico Madrid’s players when they host Eibar on Saturday, but the fact that they are playing almost 24 hours before the Catalans at least offers them the chance to draw level on points at the top of the Liga table.
After a disappointing run of four winless matches that has seen them drop off the pace in the league and exit the Copa del Rey, Atletico boss Diego Simeone will demand a reaction at home to an Eibar side that have defied expectations ever since their summer reprieve from relegation.

Jose Luis Mendilibar’s side sit eighth in the table and have actually outscored Atletico (35-31) in the league this season. There will also be an interesting subplot to the game, as their free-scoring 23-year-old forward Borja Baston will take on his parent club after Eibar coughed up the €150,000 “loan fee” required to make him eligible.

With suspension ruling out three of Atletico’s usual back four, he could well end up doing some damage.
Team News

Diego Godin and Filipe Luis are both suspended after their damaging red cards against Barcelona, and in addition to that, right-back Juanfran is also banned due to the accumulation of yellow cards.

All of which means that Jose Gimenez is going to be the only defender who started at the Camp Nou who’ll also begin this game, with the Uruguayan likely to be joined by Jesus Gamez, Stefan Savic and Lucas Hernandez in the back four.

Guilherme Siqueira would have been a candidate to start, but he joined Valencia on loan on transfer deadline day.

Jackson Martinez is another who has left the Spanish capital after his unhappy spell at Atletico was ended with a money-spinning move to China, and so Simeone could again opt to field Yannick Ferreira-Carrasco in attack alongside Antoine Griezmann. Thomas Partey could earn a start in midfield in place of the injured Augusto Fernandez.

Capable of winning 5-1 one week and losing 5-2 the next, you never quite know what to expect with Eibar, although they are likely to retain much of the side that lost narrowly to Malaga last time out.

Ivan Ramis, Antonio Luna and goalkeeper Jaime Jimenez are all still out injured, and there is a doubt over Serbian defender Aleksandar Pantic after he was withdrawn in the first half of the Malaga defeat.

Borja Ekiza replaced him then and could come in from the start this time around, with Sergi Enrich perhaps asked to play in a deeper role in support of Borja Baston, who will have all eyes at the Vicente Calderon on him.