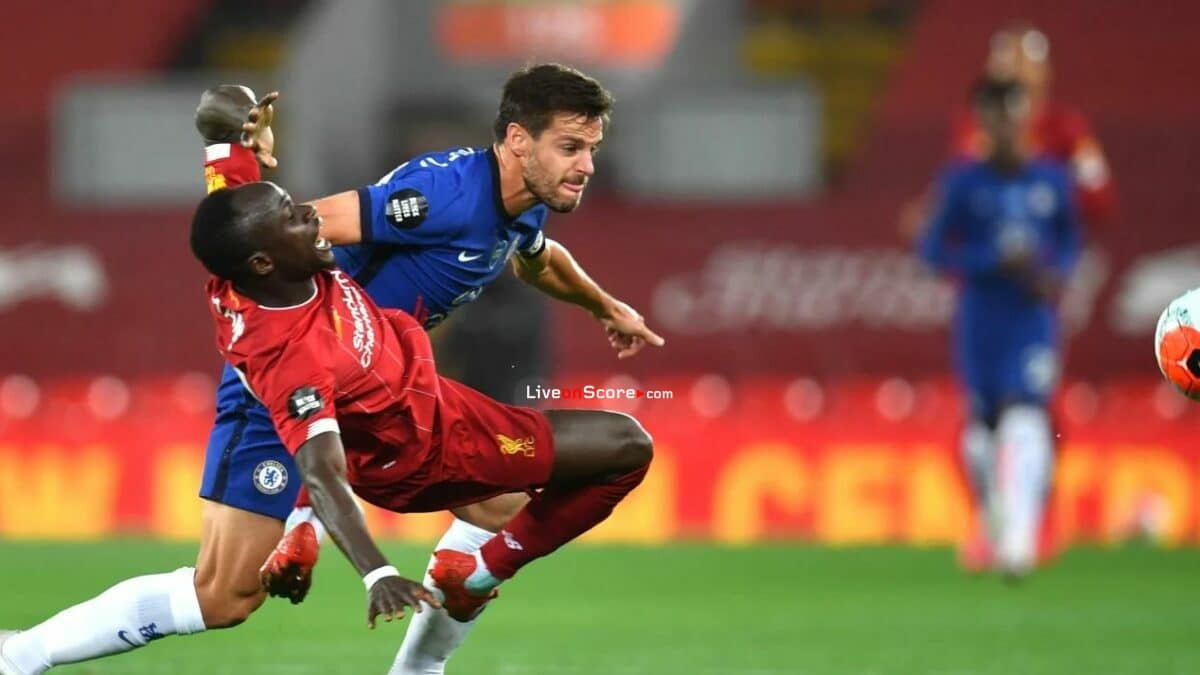 AZPILICUETA REFLECTS ON A LACK OF DEFENSIVE SOLIDITY

An imbalanced performance across the pitch cost us against the champions according to Cesar Azpilicueta, with the skipper’s focus now turning to Sunday and a second chance to seal Champions League football next season.
A point at Anfield would have been enough, and despite looking the more threatening team for good chunks of an open game, frailties at the back, allied with some clinical Liverpool finishing, meant we were chasing it for the most part.

‘We were not solid enough defensively against a team with so many options,’ acknowledged Azpilicueta.

‘We conceded five goals which makes it very difficult, even if in the offensive side we looked dangerous and had a couple more chances to score more goals. But when you play against the champions, you need to do more to get points.’

The hosts’ second goal was a free-kick superbly converted by Trent Alexander-Arnold, but the awarding of it was contentious after Mateo Kovacic appeared to win the ball from Sadio Mane.

Azpilicueta did not wish to speculate on its significance overall, but when asked he did give his opinion on the decision.

‘Who knows if it would have made a difference. Now it’s over, but when I was on the pitch I felt it was not a free-kick. He could have given the first one which was nearly by the touchline, which is less dangerous than it was. He gave it in the wrong position, but everyone can make mistakes and that one was a bit harder for us, but now is not the time to speak about it.’

Instead Azpilicueta is concentrating on the immediate future, with the next two matches in particular offering us the possibility of making it a very successful campaign indeed. With so much at stake, the Spaniard isn’t getting ahead of himself.

‘Let’s go to finish this season strongly. We have a massive game on Sunday against Wolverhampton, to get our target to qualify for the Champions League.

‘We have the FA Cup final, we have the Champions League last 16 second leg, so let’s go step by step. Let’s focus on the next game on Sunday, and then we will see where we are next season.’