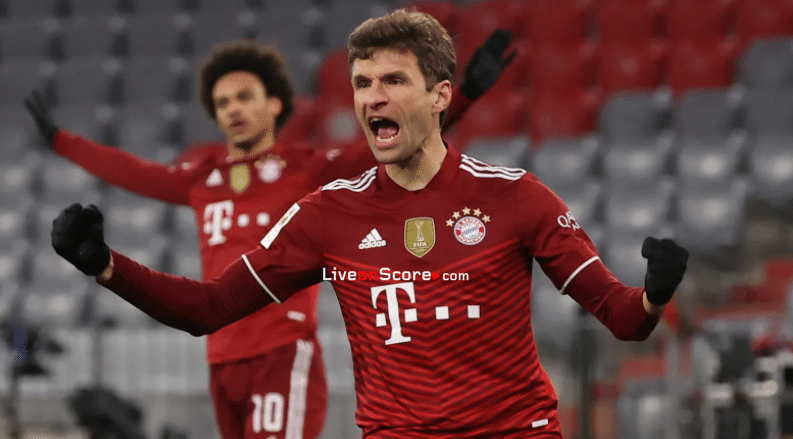 FC Bayern had already celebrated the perfect end to 2021 with the comfortable 4-0 win against VfL Wolfsburg on Friday evening, which cemented the Munich men’s position at the top of the Bundesliga table. That home win took on even more value a day later, with nearest challengers Borussia Dortmund losing 3-2 at Hertha BSC. As a result, Bayern now go into the New Year with a nine-point lead.

Thomas Müller marked his 400th Bundesliga appearance with a goal and an assist.
“We’re in a good position. It’s very promising for the second half of the season and the business end in March and April,” said captain Manuel Neuer following the Wolfsburg game, already looking ahead to the New Year.

Thomas Müller, who made his 400th Bundesliga appearance against the Wolves, stressed the importance of the victory to end the year. “The most important thing for me was that we won the game, so that we go into the Christmas holiday with a good feeling. Now the focus is on family and friends.” With a nine-point lead in the bag, they can enjoy the well-earned break that bit more.

Alcantara: I'm not satisfied with my form, I always want more

First goals for Gavi and Jutgla