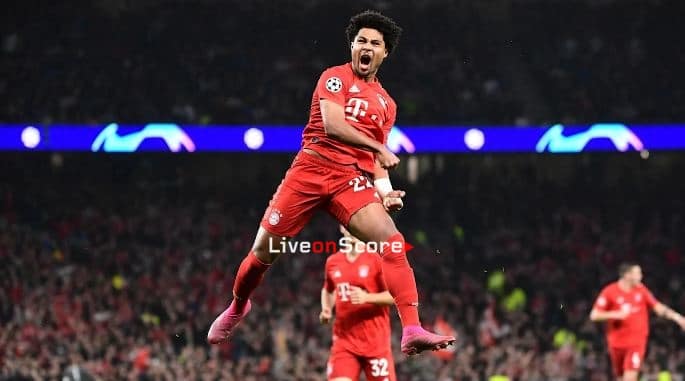 FC Bayern can make history on Wednesday evening when they host Tottenham Hotspur at the Allianz Arena in their final Champions League group match (live ticker from 21:00 CET on fcbayern.com). Having won their previous five games, the men from Munich can become the first German side to ever claim maximum points from the group stage of Europe’s premier club competition. “We want to get back on track with a win, so the record is very important to us,” said Thomas Müller at Tuesday’s press conference. fcbayern.com brings you the lowdown on the clash with Spurs.

The situation
Bayern have already secured their place in the last 16 after their commanding 6-0 win at Red Star Belgrade two weeks ago, which confirmed Hansi Flick’s men as winners of Group B. That means the Reds will be drawn against a second-placed team in the first knockout round.

And it’s not just their record of five wins from five games that underlines what an impressive Champions League campaign it’s been so far for FCB. With 21 goals (an average of 4.2 per game), Bayern are also the highest-scoring side in the competition. Four of those were scored by Serge Gnabry in the magnificent 7-2 win in the reverse fixture against Tottenham.

The opposition
Tottenham are also safely through to the last 16 with 10 points. They secured second place in the group with a 4-2 victory at Olympiakos last time out. José Mourinho has now been at the helm for three weeks after the club parted company with long-serving coach Mauricio Pochettino. Spurs have won four of their five matches in all competitions under Mourinho, most recently thrashing Burnley 5-0 in the Premier League, where they’re currently in seventh place.

“Tottenham will be compact in defence and then try to counter quickly,” assessed FCB boss Flick. “They’ve utilised their attacking qualities in recent games and finished off attacks very quickly.”

Team news
Alongside long-term absentees Niklas Süle (torn cruciate ligament), Lucas Hernández (ankle injury) and Fiete Arp (rehab following a scaphoid fracture), Bayern will also have to do without Michaël Cuisance (compression and irritation in right ankle) and Corentin Tolisso (stiffness in left thigh), as Flick revealed at the press conference: “We’ve got a few injured players. Tolisso won’t be fit for tomorrow, but hopefully everyone else will be available.”