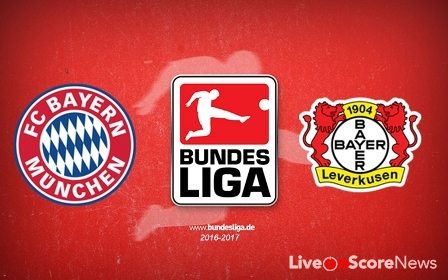 BAYERN MUNICH VS BAYER LEVERKUSEN BETTING TIPS
For the first time in 14 months, Bayern Munich are not the Bundesliga leaders, following last weekend’s 1-0 defeat away to Borussia Dortmund. Carlo Ancelotti’s side have been unable to emulate the same start Pep Guardiola managed and although the Bavarians remain unbeaten at home since the start of the season (W7 D2), a record of two draws from their last three Bundesliga outings at the Allianz Arena is hardly ideal form for the reigning champions. Bayern will no doubt also be deflated from Wednesday’s 3-2 defeat away to Rostov in the UEFA Champions League which saw them win two consecutive matches for the first time since the 2014/2015 season.

Meanwhile, Bayer Leverkusen have also had an uncharacteristically shaky start to their season. Last weekend’s 3-2 defeat at home to newly-promoted RB Leipzig saw the East Germans leapfrog Bayern to the top of the table and leave Leverkusen five points off pace for a top 4 finish. Notably, the root cause of Leverkusen’s problems seem to be coming from the back – three of their five wins so far this season have come from 1-0 behind and Leverkusen have failed to keep a clean sheet in 6 of their last 7 Bundesliga matches.

Despite under-performing, Bayern Munich are huge favourites for the win at full time at 1/4. We disagree with the price here and would much rather back something like Bayer Leverkusen +2.0 Asian Handicap at 1.600 if we were to tip something shorter. Particularly when considering that Leverkusen are the only Bundesliga side against whom Robert Lewandowski (pictured above) has failed to score. However, we feel that both teams to score at 19/20 has to be about the best bet going here in terms of value for the following reasons: trends alone show that while both sides are consistent scorers, something’s not quite right at the back – both teams have scored in four of Bayern Munich’s last five home and all but one of Bayer Leverkusen’s last ten away matches across all competitions.

When taking a more detailed look at squads, we can see a few other reasons why the underdogs (Leverkusen) should be able to take away a goal here. Bayern Munich have the second-oldest (by average age) team in the Bundesliga and Bayer Levekusen have the second-fastest team (based on pace averages). Leverkusen’s Kevin Volland, who scored one in Tuesday’s 1-1 draw away to CSKA Moskva in the Champions League, was one such player who took advantage of this in the past. He capitilised on an early error from Bayern thanks to his pace and scored the fastest ever Bundesliga goal after 9 seconds for Hoffenheim against them last season. Considering that Manuel Neuer is also doutbful (see team news), Kevin Volland to score anytime at 7/2 could be worth the punt.

Bayer Leverkusen remain without German national team winger Karim Bellarabi, who is out with a torn muscle and not expected to return until the new year.
BAYERN MUNICH VS BAYER LEVERKUSEN PREDICTIONS
Both Teams to Score