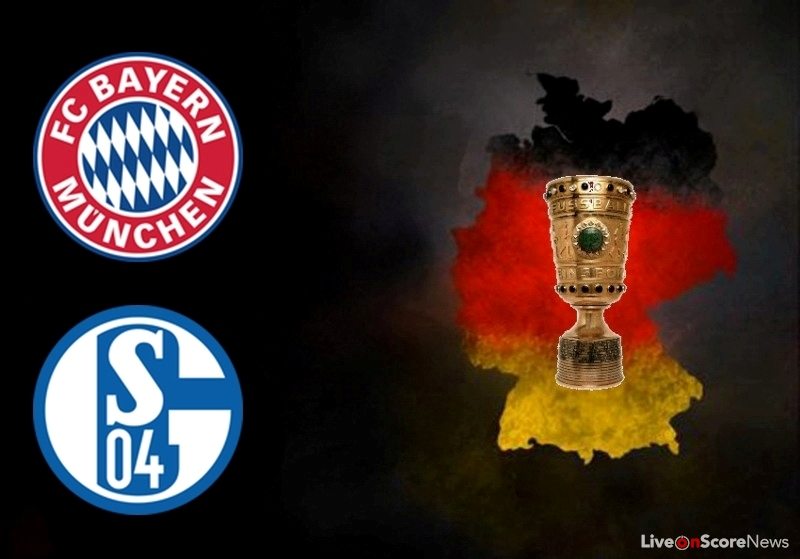 After slow start to the Rückrunde, Bayern München are once again showing the type of performances that they have displayed week in and week out under Pep Guardiola and Jupp Heynckes. Bayern exhibited a wonderful display in a 5-1 win against Arsenal in the first leg of the Champions League round of 16. Then on matchday 22, Bayern München demolished Hamburger SV 8-0.

Those results suggest that Schalke will be in for a rough ride at the Allianz Arena on Wednesday night. But Bayern’s spells of dominance have been interrupted frequently this season. Bayern laboured to a 1-1 draw against Hertha Berlin on matchday 21, and was also held to a 1-1 draw at the Allianz Arena when Schalke visited the club on matchday 19.

It would, therefore, be wrong to assume that the outcome of the game on Wednesday is a forgone conclusion, even with Bayern presumably having regained the sort of form that we have seen from the club over the past few years. In fact, Schalke looked strong when they faced Bayern on matchday 19, and could even have walked away with the full three points rather than just the one point.

Schalke have been in good form since the winter break. Sport director, Christian Heidel, and head coach, Markus Weinzierl, seem to have stabilized the club by signing the likes of Guido Burgstaller and Holger Badstuber during the winter break.

A poor start to the Bundesliga, however, has meant that Schalke will have to focus on the cup competitions if they want to qualify for Europe next season. Schalke advanced easily to the round of 16 of the Europa League by dispatching the Greek side PAOK 4-1 on aggregate. They are now drawn against Borussia Mönchengladbach, who find themselves in a similar situation as Schalke, in that the Fowls will have to win the Europa League to play internationally next season.

The DFB Pokal is usually the fastest route to Europe. Schalke are just two wins away from Berlin and a possible Europa League qualification. Bayern München will, of course, provide a massive obstacle. But the last time Schalke had to win the cup to qualify for Europe, they faced Bayern in the semi-final of the DFB Pokal, and they ended up winning the game thanks to a goal by Spanish legend Raul. It will now be up to Schalke to repeat history.

Bayern vs Schalke 04 – Players to look out for:

Robert Lewandowski has been in fine form on the weekend, scoring three goals in Bayern München’s 8-0 win over Hamburg. Carlo Ancelotti chose to take the Polish striker off after around 50 minutes in order to rest him for the midweek clash against Schalke.

Alessandro Schöpf is the Schalke player to look out for. The 23-year-old Austrian joined Schalke from Nürnberg in January 2016, and has developed into an effective right-winger under Markus Weinzierl, who recently has also been effective in front of the goal.

Bayern are Schalke’s first Bundesliga opposition in the DFB Pokal this season.
Schalke was the last team to take a point from Bayern München at the Allianz Arena.
Bayern have won 57 games against Schalke. They have drawn 29 times, and have lost 20 games.
Bayern have lost just seven times to Schalke at home. They recorded 39 victories, and nine draws.
Futbolgrad Network Prediction: Bayern vs Schalke 04 2-2 (4-5 on penalties)