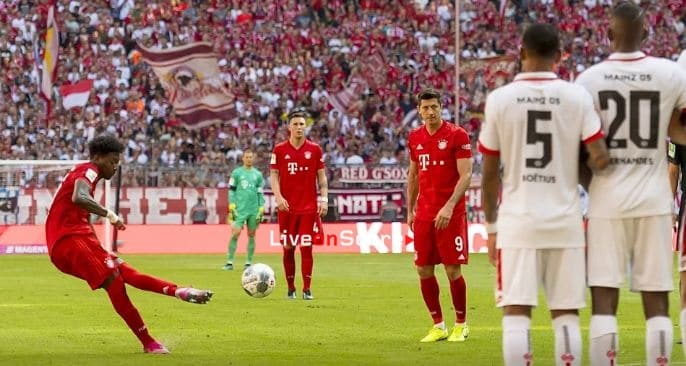 A quick glance, three steps forward and then a shot with the inside left foot into the top right corner of the net.

3. The record champions ran out 6-1 winners in the end, claiming their second victory of the season.

For Alaba, this goal resulted in another success – namely first place in the first ever vote for the FC Bayern Goal of the Month for August. Five goals from three different teams (first team, reserves, women) were nominated, and in the end it was the Austrian international’s delightful free-kick that topped the poll with 44.5% of the votes, beating efforts from Robert Lewandowski (23.1%) and Sarpreet Singh (18.9%). Congratulations, David Alaba!

Hazard and James complete a session with the group