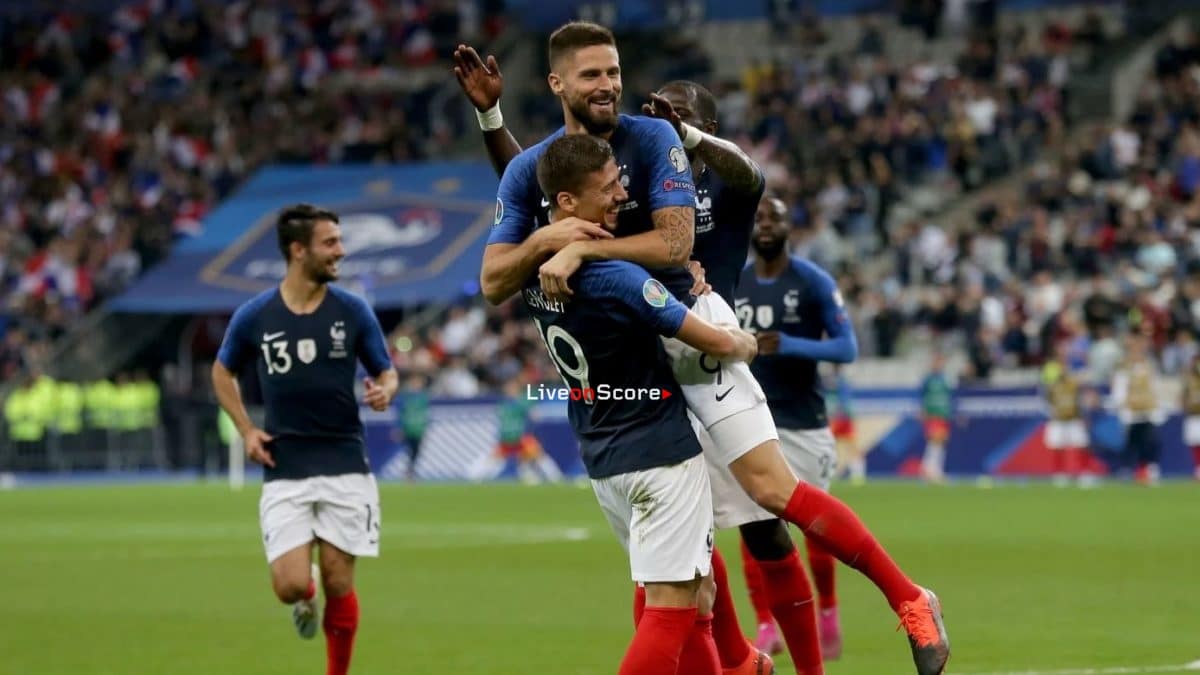 ENGLAND AND FRANCE MOVE A STEP CLOSER TO EURO 2020

Ross Barkley was replaced by Mason Mount for the final 10 minutes of England’s madcap 5-3 win over Kosovo at St Mary’s tonight, while in Paris Olivier Giroud featured as France recorded another comfortable home victory in qualifying for next summer’s European Championships.

Kosovo arrived in Southampton billed as the Three Lions’ toughest opponents in Group A, and so it proved. They took the lead after just 35 seconds, benefiting from a misplaced Michael Keane pass, and certainly weren’t afraid to get men forward, sometimes to their cost.

Barkley, who was the most advanced of England’s midfield three, sent over a corner on eight minutes which Keane headed back across goal for Raheem Sterling to convert.

Harry Kane put England ahead soon after, and there was time for three more England goals before the interval. The first was an own goal, and then Jadon Sancho netted a quickfire brace as devastating counter-attacking football led by Sterling pierced the newly-formed country’s backline.

The 5-1 scoreline was harsh on the visitors and they made it more respectable with two goals in the first 10 minutes of the second half, including a penalty.

Shortly after the hour mark a smart turn and driving run from Barkley was brought to a halt inside the box illegally, but Kane’s penalty was saved.

The action continued to flow from end to end but somewhat surprisingly there were no more goals. Barkley was replaced by Mount in the 82nd minute, and the younger of our two England internationals was welcomed to the game by a terrible tackle that probably warranted more than a yellow card. Thankfully Mount was okay to continue as England made it four wins out of four in Euro 2020 qualifying, moving four points clear of Kosovo in the process. They are three points ahead of Czech Republic and will qualify with victory in Prague next month.

In Paris, Olivier Giroud played 72 minutes as France beat Andorra 3-0. Our striker received a rapturous ovation when withdrawn following debate in the country over his worth to the world champions. Although he didn’t score tonight, he was again an important presence up front for Didier Deschamps’ team, against opposition who had only lost in the final minute to Turkey at the weekend.

Kurt Zouma was an unused sub as France moved three points clear of Iceland, who were surprisingly beaten 4-2 in Albania. They remain tied with Turkey at the top of Group H.

Earlier on Tuesday, England’s Under-17 team won the Syrenka Cup with victory against host nation Poland on a penalty shoot-out. Levi Colwill and Samuel Iling Junior were the young Chelsea players representating England, who had led 2-0 very early but were pegged back and needed spot-kicks to prevail.

Hazard and James complete a session with the group