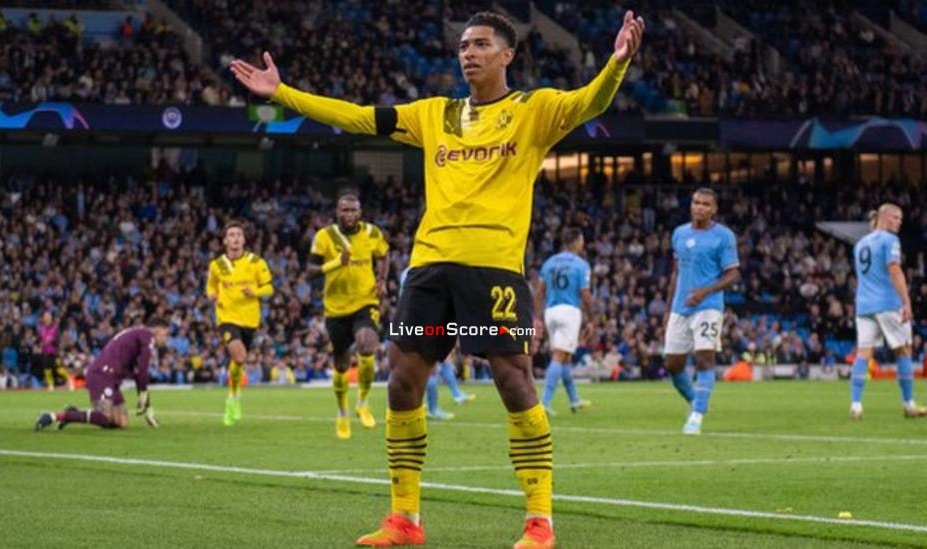 City travel to Dortmund for their penultimate Champions League Group G match on Tuesday, having already qualified for the knockout stages.

England international Bellingham, 19, has scored in his past two appearances against Guardiola’s side.

“The quality, everybody knows it,” Guardiola said of Bellingham.

“The whole package is really good,” he added.

Bellingham, who has 17 England caps, joined Dortmund as a 17-year-old from Birmingham City in 2020.

He has gone on to score 18 goals and make 20 assists in 107 appearances for the German club, netting twice in his side’s 5-0 win over Stuttgart at the weekend.

“He was 17 when he arrived but it was not just about his quality, [it was] how he was leading, his kicking, going to the referee,” said Guardiola.

“This guy was something special in terms of his mentality. Now he is 19 and he is already one of the captains.”

Bellingham put Dortmund ahead at Etihad Stadium in September before City produced a late fightback to win 2-1.

“I think Borussia Dortmund is the perfect place for young talent to come,” Guardiola said.

“Maybe if Jude Bellingham was in England he would go to City, United, Liverpool, Chelsea, Arsenal or Tottenham, maybe he would not get the minutes.

“The best thing for a young player to be better is to play minutes.”