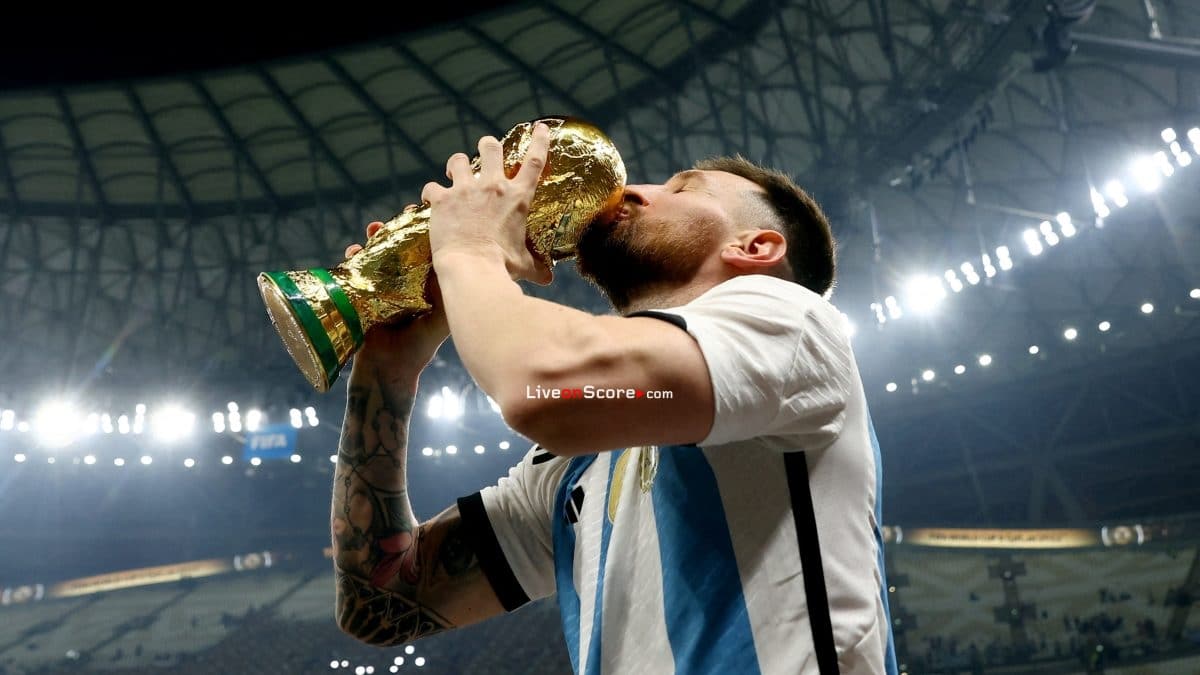 Lionel Messi says he wants to keep playing for Argentina

Lionel Messi says he will not retire from international football after captaining Argentina to a first World Cup trophy in 36 years.

The Paris St-Germain forward was asked about his future by Argentine TV station TyC Sports after the South Americans beat France 4-2 on penalties following a 3-3 draw.

Messi turns 36 next year but believes he has plenty to offer his country.

“I enjoy being in the national team and want to continue by experiencing a few more games as a world champion.”

He added: “Obviously I wanted to cap my career with this and I can’t ask for anything more.”

Messi, playing in his fifth World Cup, scored twice in the final and also converted a penalty in the shootout.

He won the tournament’s Golden Ball – awarded to the best player – after scoring seven goals.

Messi will turn 39 during the next World Cup and he had hinted previously that this edition in Qatar would be his last.

However, coach Lionel Scaloni says he wants Messi in his squad for the 2026 tournament, which will take place in the United States, Canada and Mexico.

“It’s such a huge pleasure for us to coach him and his team-mates.

A hattrick then heartbreak / Kylian Mbappe misses out on biggest prize