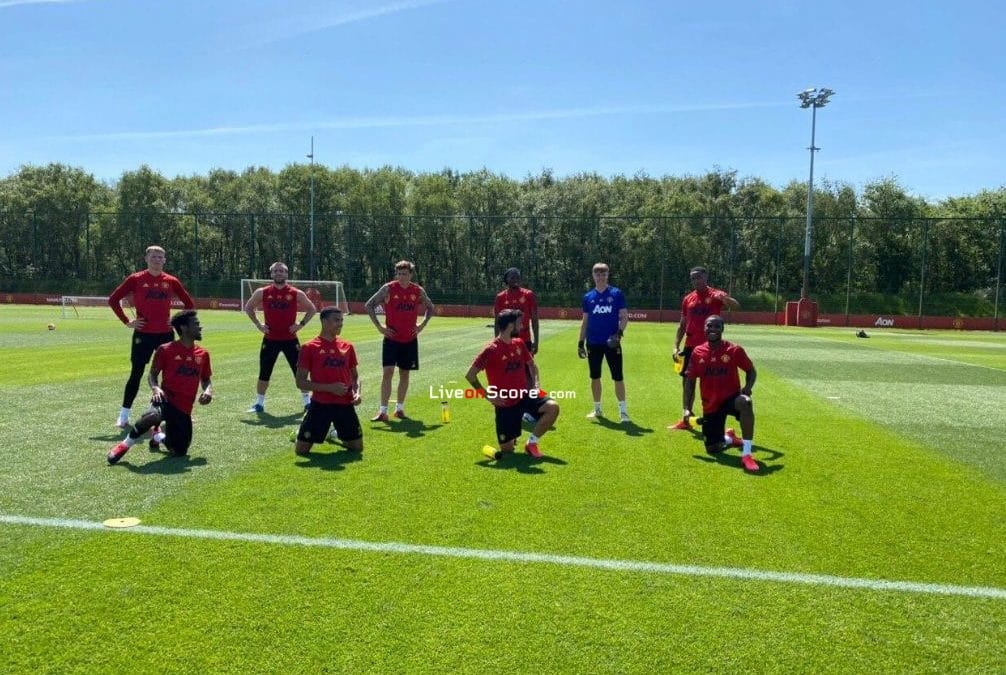 Manchester United were hard at work again in the Carrington

Some of the players, including Paul Pogba and Jesse Lingard, were wearing their new adidas Uniforia pack boots for the first time as the squad was put through its paces.

Everybody has been granted permission to do contact training while another Premier League meeting is taking place today [Thursday] to discuss the next steps towards the resumption of matches next month.

The Reds moved into phase two of the government-approved protocol with contact training and tackling permitted and the players allowed to form larger groups. However, all of the work undertaken in the gym was still restricted to the social distancing guidelines.

This development is another step towards manager Ole Gunnar Solskjaer being able to prepare his team for the opening game of the restart.

Ole looked on in shades as Marcus Rashford continued his fitness work after recovering from a back injury, including taking part in the sprints.

When the players moved inside, they did various stretching exercises in the gym and cycled on the bikes, while keeping hydrated as the focus starts sharpening towards getting back out on the pitch