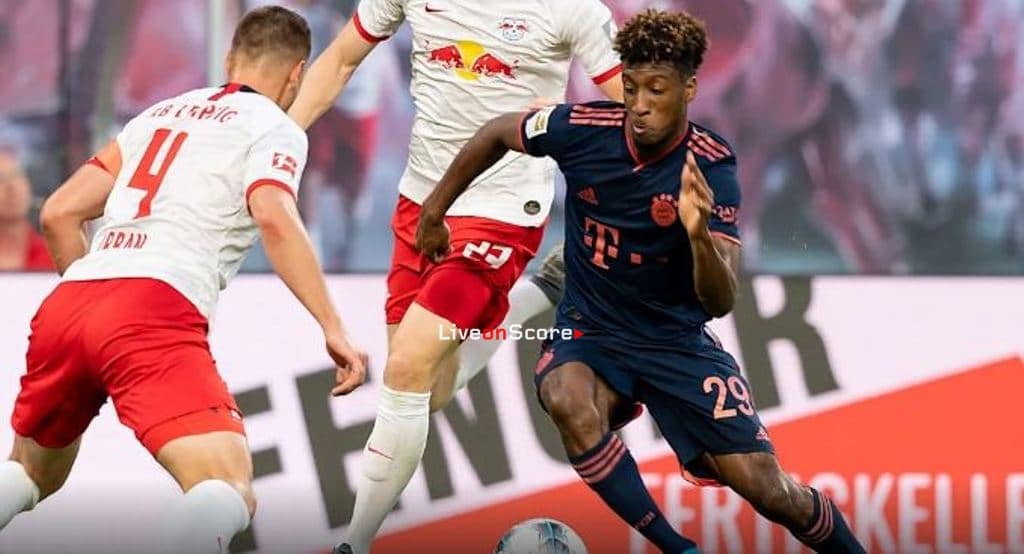 Mixed feelings after draw in Leipzig

Even at an early stage of the campaign, first against second is an authentic top-of-the-table clash,

and the match between FC Bayern and RB Leipzig on Saturday evening certainly lived up to its billing with high-class football, a host of chances and tension right to the end.

The only major blemish from a Munich point of view was the 1-1 final score. The record champions got off to a dream start when Robert Lewandowski put FCB in front just three minutes in – after only four matchdays, the Pole already has an impressive seven goals.

What followed was pure superiority on the part of the champions, who enjoyed 78 percent of the possession before the break. “Our first-half performance was the best since I’ve been here. We played sensationally. We were dominant, but failed to capitalise on that,” Niko Kovač mused. Lewandowski (12th minute, 15, 33) and Serge Gnabry (30) did indeed have promising opportunities, but the ball did not hit the back of the net.

Setback before the break

On the stroke of half-time, Emil Forsberg punished the Reds for their profligacy and turned the game on its head from the penalty spot (45+3). Manuel Neuer was a virtual spectator up to that point, but it all changed in the second period after RB switched formation and charged up through the gears. “It took us too long to adjust,” remarked Thomas Müller, who was fortunately able to rely on his goalkeeper.

Neuer demonstrated his ability and class with a save from Marcel Sabitzer’s vicious swerving drive (60) and in a late one-on-one with with Timo Werner (90) and thus kept his team in the game. On the other hand, however, this also applied to Péter Gulácsi who, among a series of fine saves, just about steered Kingsley Coman’s long-range shot onto the crossbar (78) and brilliantly turned aside a header from Niklas Süle (90+2) with the final whistle imminent. “I’m a bit annoyed that Gulácsi clawed that one away,” said Süle afterwards, because it ended all square immediately afterwards.

Jürgen Klopp: I was close to singing the Firmino song