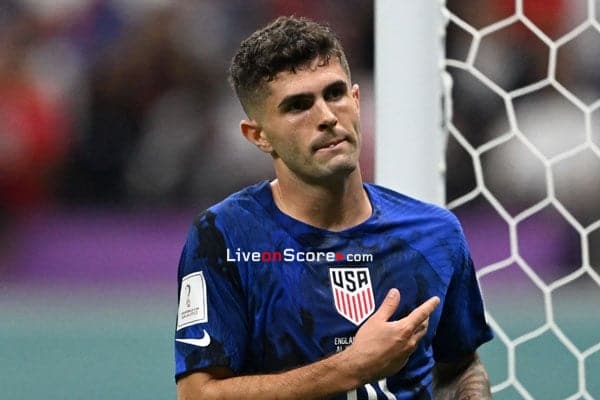 Pulisic winner sends USA through as Iran go out

The United States won their World Cup grudge match against Iran as Christian Pulisic scored the winner to set up a last-16 tie with the Netherlands.

But he collided with Iran goalkeeper Alireza Beiranvand in the process and needed several minutes of treatment – before being replaced at the break.

It was a match with lots at stake as both teams had a chance to seal a place in the knockout stages.

But Iran, who would have gone through with a draw, mustered just one shot on target as they were knocked out.

In the second half, they came close – Brentford’s Saman Ghoddos came off the bench to strike inches over the bar when he was unmarked in the box, before Saeid Ezatolahi also curled over.

Perhaps their best chance came deep in stoppage time, when Morteza Pouraliganji met a free-kick with a diving header that went just wide.

And there was still time for controversy as Mehdi Taremi appealed for a penalty as he went down with Cameron Carter-Vickers trying to stop him, but their penalty appeals were rejected.

In the end, Iran exited the World Cup with a sense of disappointment as the USA made the knockout stages for the third time in four tournaments.

This was a meeting between two nations with a difficult relationship.

They cut diplomatic relations in 1980, and their World Cup encounter was played amid a backdrop of widespread anti-government protests in Iran.

Iran has accused the US and other foreign adversaries of instigating the protests. The US government, meanwhile, has imposed sanctions on Iranian officials over a crackdown that has followed.

Those protests were sparked by the death in custody in September of Mahsa Amini, a 22-year-old woman who was detained by morality police for allegedly breaking the strict rules around head coverings.

Earlier this week, USA manager Gregg Berhalter apologised after a modified version of Iran’s flag was used in social media posts by the US national team.

The US said they decided not to use Iran’s official flag in the social media posts to show “support for the women in Iran fighting for basic human rights”.

USA hold out to clinch last-16 spot
Despite it being an all or nothing match at the Al Thumama Stadium, neither team came out of the blocks oozing intensity.

Iran put a little bit of pressure on the USA defence in the opening minutes but rarely caused much trouble.

Dest was energetic and direct for the USA, while Pulisic’s pace and Antonee Robinson’s deliveries teased a goal for much of the first half.

When the USA finally opened up the Iran defence – Weston McKennie spraying an inch-perfect pass to Dest to nod down for Pulisic – it only settled them more and they saw out the first half with ease.

Celebrations from a smaller contingent of USA fans behind the goal at the far end were slightly muted as Pulisic received treatment after clattering into the goalkeeper and he later hobbled off.

Iran had nothing to lose after the break and began to throw caution to the wind, creating a few chances but still not really testing USA goalkeeper Matt Turner until very late on.

Ghoddos, Ezatolahi and Ali Karimi gave Iran fans a brief moment of excitement with their efforts, while Timothy Weah – who had a goal ruled out for offside in the first half – remained an outlet for the USA.

As the clock ticked on, the USA broke up play and disrupted rhythm but Iran had one more opportunity to cause a major upset in stoppage time when Pouraliganji headed a free-kick agonisingly wide of the post.

He fell to his knees in frustration, as did several of his team-mates, as Iran knew their chance of taking the USA’s place in the last 16 may have just been and gone.

There was desperation with seconds to go as Iran appealed frantically for a penalty but the referee was not interested and there was nothing to suggest any foul play.

As the final whistle went, the USA players and substitutes sprinted over to one end of the pitch to celebrate while the Iran squad fell to the floor. 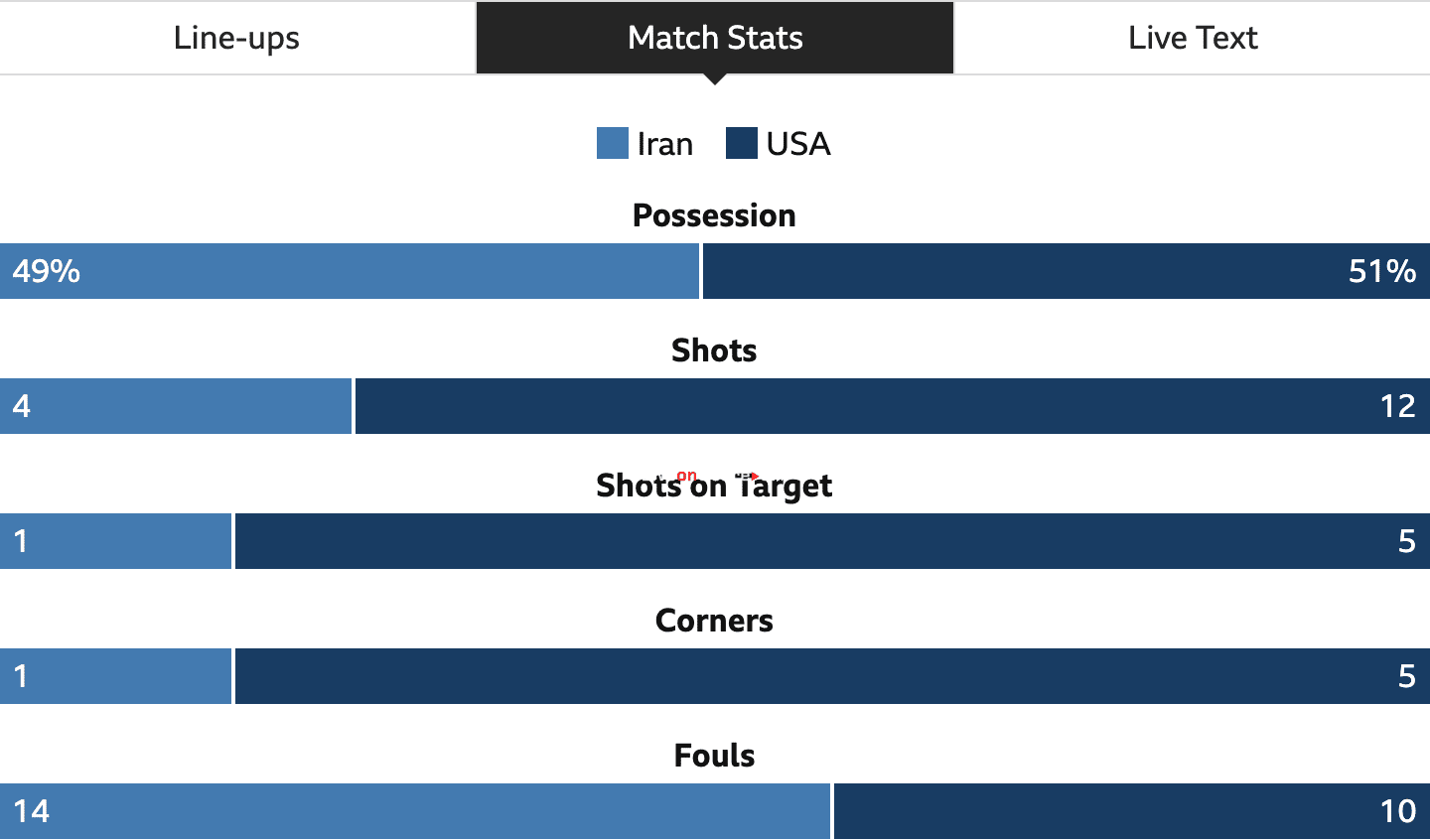 England step up and show embarrassment of riches