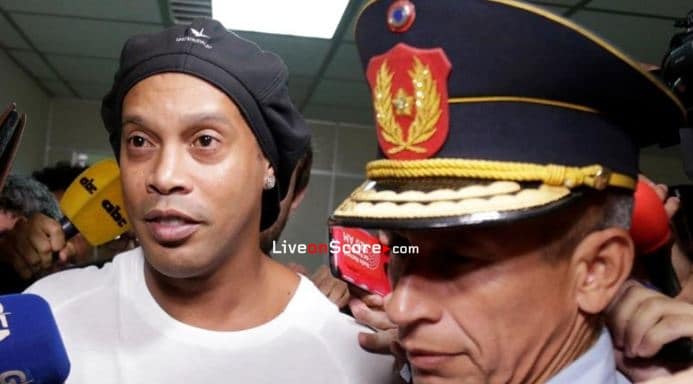 Ronaldinho appears in court in Paraguay on ‘fake passport’ charge

Former Brazil and Barcelona star Ronaldinho has appeared in court in Paraguay for allegedly entering the country using a fake passport.

Ronaldinho and his brother – who is also his business manager – Roberto de Assis, were both questioned by law enforcement officials in their hotel room on the outskirts of Asuncion on Wednesday.

They have been summoned to appear on Thursday for further questioning, police said in a statement.

The pair were taken in handcuffs to a courthouse in Paraguay on Saturday following their arrest for allegedly entering the country with falsified documents.

Prosecutors are seeking to extend the detention of the 39-year-old and his brother, while defence lawyer Srgio Queiroz says they should be freed because they are not a threat or flight risk.

Ronaldinho, who was part of the Brazil team which won the World Cup in 2002, and Assis have said they went to Asuncin for business reasons.

The former footballer and his brother said the documents were offered as a gift by a Brazilian businessman, Wilmondes Sousa Liria, who has been jailed.

Last year, a Brazilian court upheld a decision to seize the passports of Ronaldinho and his brother because of a lawsuit over alleged environmental crimes.

The suit was related to the illegal construction of a fishing platform and a berth on the shores of the Guaiba river in Ronaldinho’s hometown of Porto Alegre.