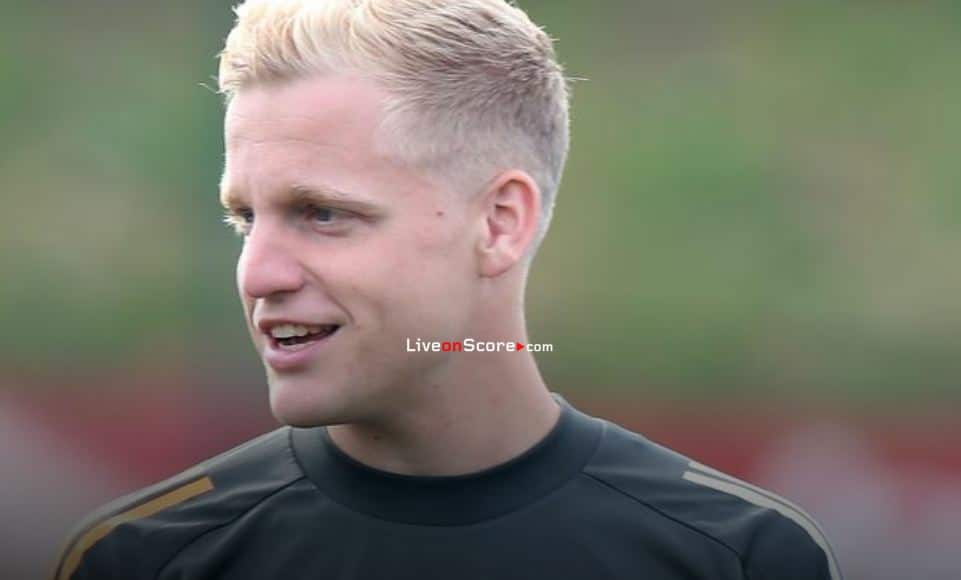 Van De Beek: it’s a big chance for him

Donny van de Beek can’t wait to experience Old Trafford as a Mancheter United player for the first time and begin his journey with the club, insisting “this is a really big opportunity for me”.

The 23-year-old recently sat down with Inside United magazine following his arrival in Manchester and discussed his journey from his small village in the Netherlands to the biggest club in the world.

Donny enjoyed his first run-out as a Red in last weekend’s pre-season friendly at Aston Villa and earned praise from his manager for his efforts.

Van de Beek is keen to be involved against Crystal Palace on Saturday when United begin the 2020/21 Premier League campaign and he’s thoroughly enjoying life in M16 so far.

“Everyone has helped me a lot and wanted to make me feel at home and this is really good for me and it has given me the confidence to play,” Donny explains in the October edition of Inside United. “It’s a family club, I feel this already from the first seconds I have been here.

“Old Trafford is an amazing stadium. The nicest thing will be when the fans are there too and I cannot wait to play for the first time in front of them. I hope to see them soon in the stadium because for our team they will give us a lot of power when we can have them with us.
“I watched United a lot [when I was younger],” he adds. “Because a lot of Dutch players have played here and this was nice to watch if you’re a young kid and you see the Dutch players there.

“Daley, Edwin, Robin van Persie… you see them. They won a lot of titles and United always played nice football, which was always good to see.”

Miralem Pjanic proud to be at Barca