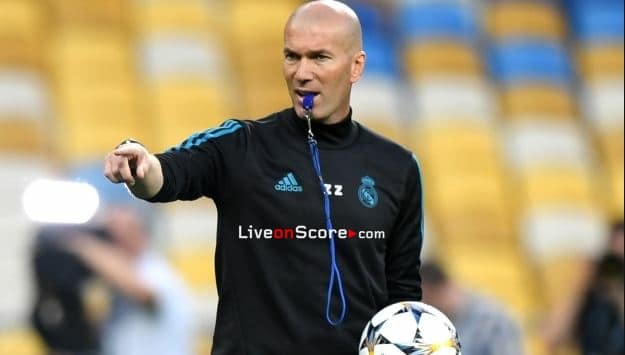 Zidane “I believe in my players and we want to compete”

“We have to put in a big performance against a very good side”, said the Real Madrid coach.
Zinedine Zidane spoke in the press room at Real Madrid City ahead of the last training session before Sevilla-Real Madrid, in the LaLiga matchday 12 fixture (Saturday, 4:15pm CET): “We know what the situation is and we are aware of it. We want to compete and this is another chance to move on. I believe in my players and that’s important. The situation is difficult but we have been through it several times. We’re going to show what Real Madrid is all about”.

“The most important thing is tomorrow’s match and we can’t think any further ahead. We need to put in a big performance against a very good side. We have to pick up points tomorrow. We like to play in games like this, in which we have to compete. We know the importance of the two matches we have coming up and the first one is the league match which we’re totally focussed on”.

Sergio Ramos
” We’re not going to take any chances with Sergio Ramos. If he can play, he’ll be there. I don’t want to play a player who has a problem and then he makes it worse. We’ll see what we come up with tomorrow. We want all the players back”.

Sevilla
“As always, I expect to see a good Sevilla side. They’ll be competitive, that’s the team’s nature. Each manager chooses their starting line-up. Tomorrow it will be another tough game for us and we’ll see who they field during the game”.

Bayern host Leipzig in top of the table clash

Foden: “At our best we are unstoppable”