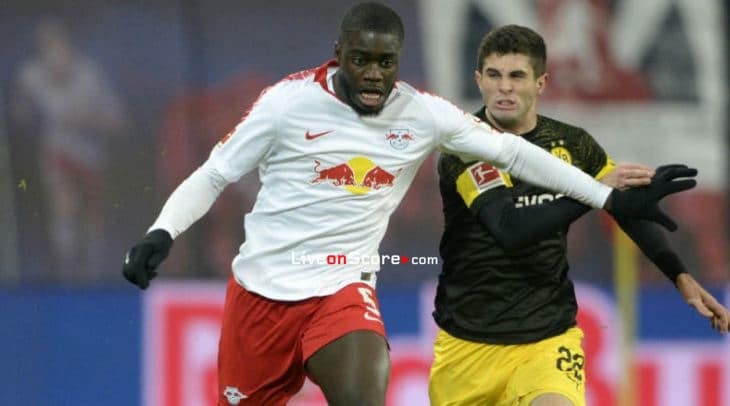 Dayot Upamecano is in high demand as Barcelona become the latest club to register an interest in the RB Leipzig defender.

Upamecano has been a key figure in the heart of RB Leipzig’s defence this season as they continue to fight for their first Bundesliga title.

Since arriving in Leipzig in 2017, the 21-year-old has progressed year upon year and has now established himself as a regular feature in Julian Nalesmann’s backline.

His talent hasn’t gone unnoticed, however, and the Frenchman has been heavily linked with a move away from the German club.

Arsenal are thought to be monitoring the player’s situation after reportedly having had a bid rejected last summer.

Upamecano’s current contract runs out in 2021 and as a result, he is believed to be available for an affordable price in the next transfer window.

Now, according to Le 10 Sport, La Liga giants Barcelona have weighed into the battle for Upamecano and are considering making a bid.

Barcelona missed out on Matthijs de Ligt last summer, although they did end up with his former Ajax teammate Frenkie de Jong.

COVID-19: Champions League matches could be played at weekends