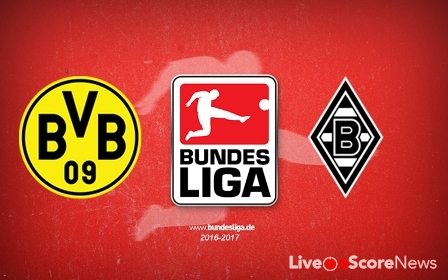 Borussia Dortmund’s run of four consecutive wins and nine matches unbeaten (W5 D4) came to an end with a 2-1 defeat away to the inform Eintracht Frankfurt last Saturday. Thomas Tuchel’s side are at a critical crossroads in their season and a win here is necessary for their efforts to re-establish themselves as title contenders. Marco Reus, who made his first Bundesliga appearance of the season off the bench last weekend, should be a welcome boost and Dortmund also boast the Bundesliga’s top-scorer Pierre-Emerick Aubameyang, who scored his 13th of the season last time out. He’d be our choice for an anytime scorer here at 8/13.

Meanwhile, Borussia M’gladbach’s woes continued last Saturday as they failed to win (1-1) at home to the inform Hoffenheim. Gladbach are one of the most out-of-form sides in the Bundesliga – without a win in seven (D3 L4) – despite seeing players such as Brazilian forward Raffael and winger Thorgan Hazard return from injury spells.

Borussia Dortmund are the bookies’ favourites ahead of this match at 2/5. Though we also fancy Dortmund to take the win here, such short odds are not particularly tempting unless adding them into an accumulator. Instead, we feel that Borussia Dortmund to win to nil at 7/4 has to be one of the best value bets available for the following reasons: Dortmund have an unstoppable sense of confidence when playing at the Signal-Iduna Park. Dortmund have won all but five of their last 27 Bundesliga home matches (W22 D5), including at 1-0 win over reigning champions Bayern Munich two weeks back, and they’ve kept a clean sheet in over half of their home matches in 2016. Dortmund also hold a stellar record at home to Borussia M’gladbach (see head-2-head).

Notably, Borussia M’gladbach’s problems have stemmed from uncharacteristically few goals and their poor general form on the road leaves a lot to be desired – Borussia M’gladbach have lost in four of their five Bundesliga away matches (D1 L4) so far, conceding an average of 3 goals per match, and they’ve failed to score in four of their last six on the road across all competitions (66%). As such, a correct score bet of 3-0 at 10/1 also seems a decent shout here.

HEAD TO HEAD
Dortmund won 3-1 away at Borussia Park when the two sides last met in January earlier this year. Borussia Dortmund have won nine of the last ten meetings at home to Gladbach (W9 L1). Dortmund have won to nil in five of the last seven matches at home to Borussia M’gladbach.
BORUSSIA DORTMUND VS BORUSSIA MONCHENGLADBACH STATS
Borussia M’gladbach have lost in four of their five Bundesliga away matches (D1 L4) so far and have failed to score in four of their last six on the road across all competitions (66%).
BORUSSIA DORTMUND TEAM NEWS

Manchester City vs Chelsea-Preview and Prediction