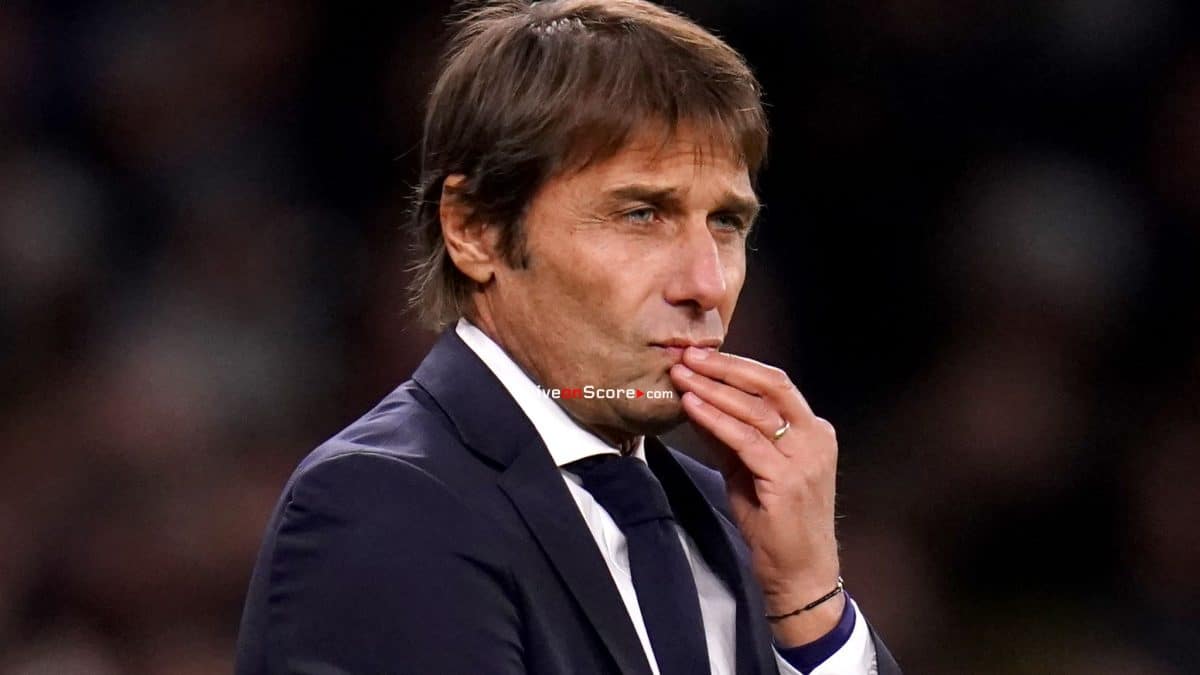 Conte calls for monay time and patience at Spurs

Tottenham manager Antonio Conte calls for money time and patience / but did VAR let Spurs down?

It was only a few months ago that Antonio Conte was talking about “miracles” and celebrating Champions League qualification.

Now the spotlight is on the Tottenham boss for all the wrong reasons.

Back-to-back Premier League defeats after a solid start to the season have left third-placed Spurs five points off the top having played one game more.

They also have much-improved Newcastle, 2-1 winners at the Tottenham Hotspur Stadium on Sunday, breathing down their neck in fourth.

Conte declined the chance to speak about Newcastle’s contentious opening goal, choosing to use his post-match interview to seemingly send a message to Tottenham’s board.

‘We have just started’
As recently as August, Conte said Spurs needed at least two more transfer windows to compete for the Premier League title.

The Italian, who was appointed in November 2021, reiterated his message after the Newcastle defeat and said Spurs “needed time” to improve the quality of the squad.

“My only worries in this moment is we have to try to keep the fingers crossed and don’t have injuries because we are not a team with such a depth of squad to face competitions like the Premier League and Champions League, but this is not something against the club,” added Conte.

“For sure there are players that need to rest for two days to recover because we have players who for them this was seven games in a row and we don’t have the possibility to make rotation in this moment.

“For this reason we need to cope with this situation. For me it is not easy, it is not simple but we have to cope and to manage the situation with experience and stay together.”

Should Wilson’s goal have stood?
On a bad day for Tottenham, Newcastle took the lead in contentious circumstances.

Callum Wilson scored with an excellent lob from outside the box after colliding with keeper Hugo Lloris.

The goal was awarded after a lengthy video assistant referee (VAR) check for a foul and handball.

Conte declined to comment when asked about it – except for describing it as a ‘strange situation’ – but former England keeper Ben Foster said on social media it should have been disallowed.

“This Callum Wilson goal HAS to be disallowed,” added Foster on Twitter.

“The GK is the player in control of the ball, if he beats the striker to the ball, and the striker is in the way, unfortunately it’s a foul.”

“It’s controversial but for me the goal had to stand. Hugo Lloris should have just moved Wilson out of the way.”

Ex-Newcastle and England striker Alan Shearer, added: “Lloris had to be stronger, it was never a foul.”

Former Bournemouth forward Wilson told BBC Sport he had every right to challenge Lloris for the ball.

“I think sometimes keepers get too much love [from referees]. But he chested it and dived into me really, and I’ve carried on and put it in,” he added.

‘Don’t take credit away from players’
Newcastle have spent more than £200m on players since Eddie Howe took over as manager in November 2021.

The investment seems to be paying off with the Magpies moving into the top four after victory at Spurs.

“The problem is if you associate with money it takes away credit from the players,” Howe said after the game.

“A lot of the players were here anyway. Credit the players for the performance, don’t look at how the team was put together.

“There is a long way to go. It’s a very tight division.

“We’re enjoying the moment but we won’t get ahead of ourselves. We’ll try to win. I’m sure people will talk us up but I don’t want to put any external pressure on my players.”

Former Tottenham midfielder Jamie Redknapp told Sky Sports: “Eddie Howe deserves so much credit. Maybe people wanted the superstar name as manager, but he has done magnificently. They are going places, they have the fan base, the infrastructure and the money.”