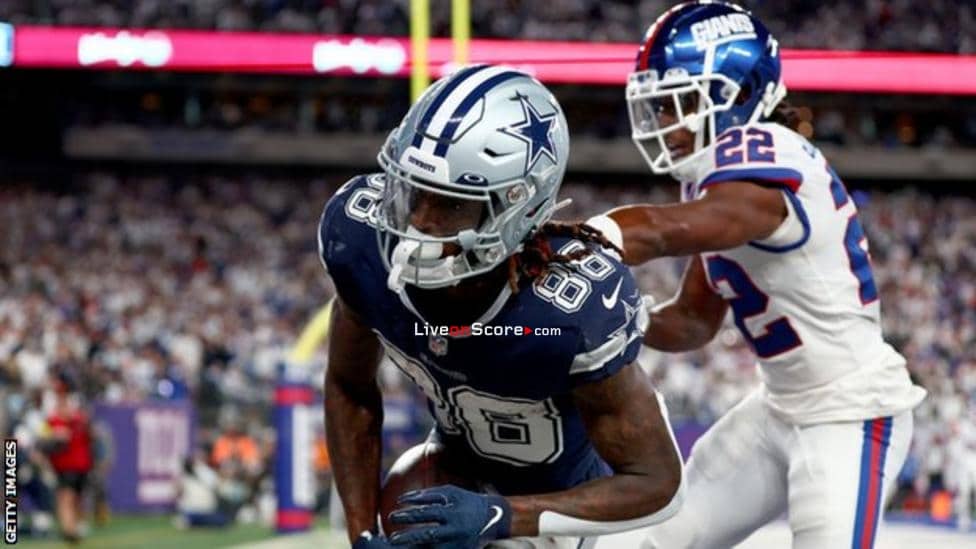 Cooper Rush passed for 215 yards and one touchdown as the Dallas Cowboys earned a 23-16 win over the New York Giants.

Rush, who retained his place in the team for the injured Dak Prescott, completed 21 of 31 passes as the Cowboys made it two wins from three games this season.

He threw the tie-breaking touchdown in the fourth quarter to CeeDee Lamb, who caught eight passes for 87 yards.

Victory for the Cowboys was the 10th in their last 11 meetings with the Giants.

Ezekiel Elliott rushed for 73 yards and a touchdown and DeMarcus Lawrence matched his career high of three sacks.

Meanwhile, Daniel Jones made 20 of 37 passes for 196 yards and one interception, and added 79 rushing yards for New York.

Giants’ wide receiver Sterling Shepard was stretchered off the field with what looked like a left knee injury, and coach Brian Daboll said he felt “terrible” for the player.

Shepard had five receptions for 49 yards before pulling up with the non-contact injury.