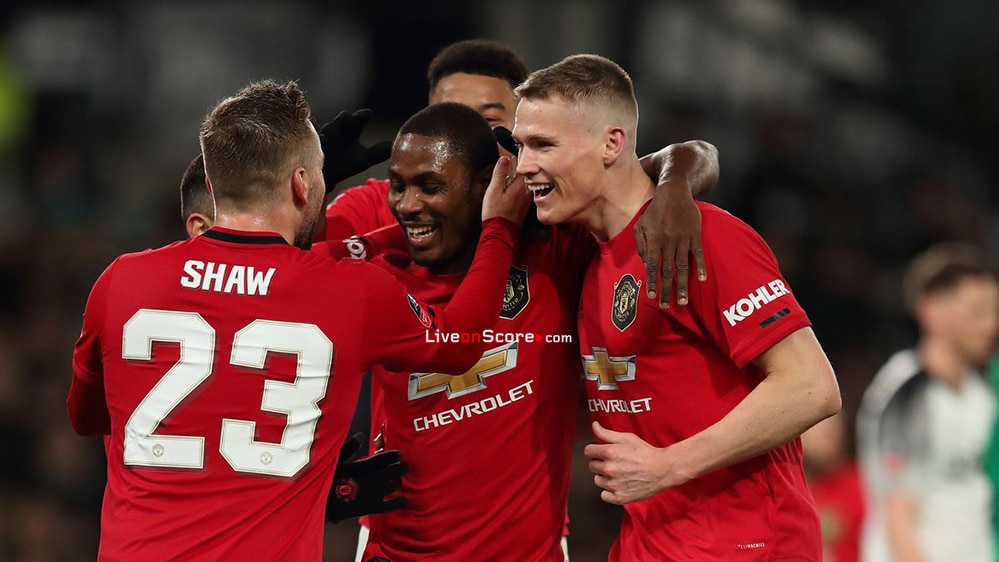 Manchester United have marched into the Emirates FA Cup sixth round, after securing a commanding 3-0 victory over Derby County and club legend Wayne Rooney at Pride Park Stadium.

Luke Shaw and Odion Ighalo (2) scored the goals that have teed up a quarter-final tie against Norwich City later this month, as the Reds maintain the pursuit of a 13th success in the historic competition.

United’s performance on a bitterly cold night in Derbyshire was accomplished and, as a result of the victory, Ole Gunnar Solskjaer’s men are now unbeaten in nine fixtures across all competitions, which is an encouraging run of form heading into this weekend’s Manchester derby at Old Trafford.

The manager admitted he had one eye on that fixture when he made six changes to the starting XI against Derby, although two of those alterations were enforced by injury after Aaron Wan-Bissaka picked up a knock against Everton last time out and Harry Maguire rolled his ankle in training.

Rooney, of course, started for Derby and captained the side he joined in January, playing in a deep-lying midfield role that he flirted with during the latter stages of his Old Trafford career. As you would expect, his name was loudly cheered by the several thousand United fans in the away end, in recognition of a Reds career in which he solidified his position as a bona fide great of the club.

Our former club captain arguably produced the first moment of quality, on 18 minutes, when his in-swinging free-kick was brilliantly saved by Sergio Romero, after Shaw was booked for a foul.

Another opportunity followed soon after, this time for Juan Mata, who spun on an incisive ball from Bruno Fernandes and dispatched a lot shot that was claimed by Rams goalkeeper Kelle Roos.

United began to assert some authority and, after Ighalo registered another shot on target, the Reds deservedly took the lead on 33 minutes via the left foot of Shaw, whose shot bounced off the surface and flew into the top corner of the net via a marginal deflection off Jesse Lingard.

Our scorer became the provider in the 41st minute as his driven pass found Ighalo inside the box and the Nigerian loan signing did well to evade two markers, before finishing low into the bottom corner.

Derby lost ex-United player Tom Lawrence to injury towards the end of the first half, yet they managed to regroup in the break and emerged for the second period with renewed determination, going close to scoring early on as Martyn Waghorn headed Jayden Bogle’s wicked cross wide.

Scott McTominay, making his fourth appearance since returning from injury, saw a shot fly wide of the post and the physically-imposing midfielder was in the thick of the action thereafter, flying into several challenges that irked the home crowd, while earning great applause from the United fans.

Derby’s hopes of a comeback were already faint, but they were well and truly extinguished on 70 minutes when Ighalo scored his second goal of the night to make it 3-0 to United. The Nigerian latched onto a pass from Mata and although his first shot was saved, he duly made sure with a second effort on the rebound that soared into the roof of the net. He now has three goals in five appearances.

With the victory all-but secured, Solskjaer took the valuable opportunity to rest some of his key men, with Fernandes and Fred taking a break with some time left on the clock. They were soon followed by Shaw, who deserves praise for his goal and assist.

Rooney almost scored a riposte with a curling free-kick late on, but he was denied by another excellent save from Romero and instead had to make do with a standing ovation from the United fans.

Next up for the Reds? The small matter of the Manchester derby at Old Trafford, in the Premier League on Sunday. 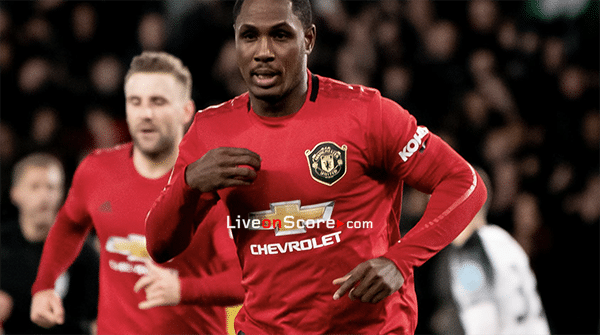