Rudi Garcia “to prove ourselves as well” 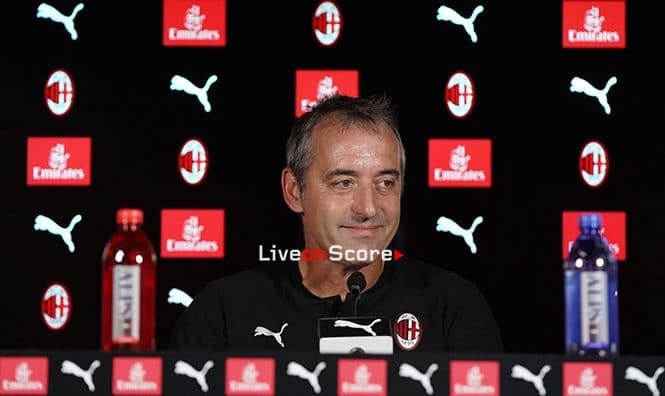 The Coach at his press conference for Udinese v AC Milan: “The readiest players will play”

The team was at Milanello a day ahead of Udinese v AC Milan. After the final training session and announcement of the , Marco Giampaolo held his first pre-match press conference of the new Serie A season. The Coach has been waiting for this big and much-anticipated opener that will mark his competitive debut as Rossoneri boss and the press conference was shown live on Facebook, the App and Milan TV. The match will kick off at 18:00 CEST tomorrow at the Dacia Arena.

“I want to see my Milan side, starting from tomorrow. Tomorrow, Milan must be competitive and go out onto the pitch with eleven proper players. Matches also depend on the desire to will and things that go beyond the tactical and technical sides. I believe that the quality of players can help us improve with this step, it’s always the players who make the difference. A great deal of work is behind us, I’m convinced that we’ll see Milan constantly improve over time. The six pre-season friendlies were all different and useful, it’s all part of the development process. The players are following me and we can’t not improve. Tomorrow, the ones who have in the best physical shape and those who best understand the team’s system will play. Perhaps some strong players will miss out but I’m not aware of their condition at the moment.”

“You can start well or badly, anything can happen in a season. Judgements must be made on what you show. We rely on results, I’m focused on the work and that’s the only thing that can turn us around along with the quality of the players. Being at Milan, I have valuable players. We’ll offer positive criticism. When you’re addicted to your job and working 18 hours a day, you shouldn’t ’t be afraid of anything. Galeone always said that it was better to drown in an ocean than a glass of water. Lots of teams will be competing for the Champions League, Milan included. History demands that Milan believes and goes for it but it won’t be easy.”

Rudi Garcia “to prove ourselves as well”