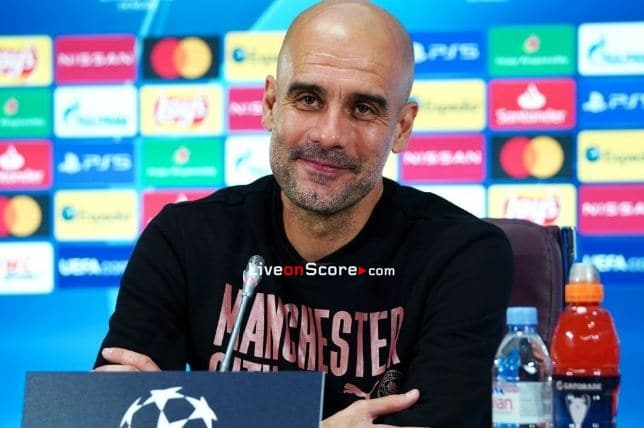 Pep Guardiola says he will find a way to get his side scoring goals more regularly after an unusually barren start to the season.

City have been ruthless in front of goal during Pep’s time in charge, scoring an average of 95.7 Premier League goals a season during his four years as manager.

Indeed, the 102 we managed last season as the highest across Europe’s top five leagues, and the 107 we hit in 2017-18 is the all-time Premier League record.

But this season has been a different story, with City scoring just ten in our eight league games so far.

And speaking ahead of our Champions League tie with Olympiakos on Wednesday, Guardiola says it’s now up to him to find a tactical solution to make us more fluid in the final third.

“They [the players] are so brave, the reason is the manager,” he said.

“I have to find a way to adapt to the quality we have. I have to adjust something to let them feel we can do something.

“It’s in my hands. They want to do it. I have to find a way to help them be what we were in previous seasons.

“We have to find a way. We have enough players to score the goals.”

Watch the manager’s full press conference via the video above!

Alphonso Davies back on the training pitch