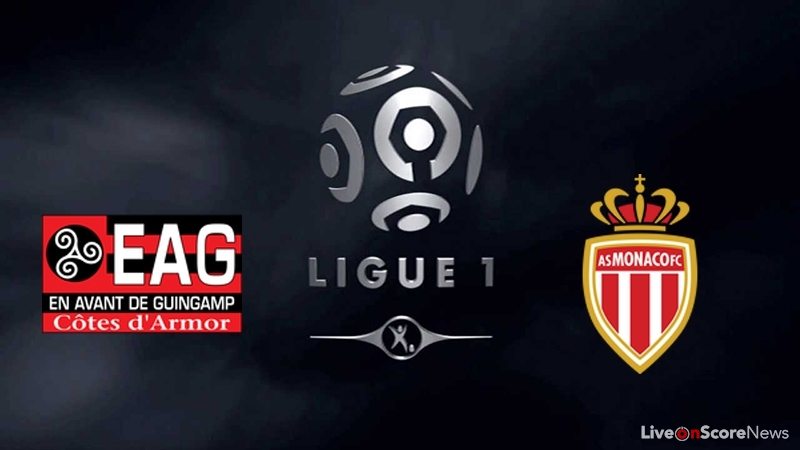 Guingamp vs Monaco Preview and Prediction

Ligue 1 leaders Monaco could be forgiven for being in shellshock after they threw away a 3-2 lead to lose 5-3 at Manchester City in the Champions League in midweek and they will certainly need to defend better if they are to claim 3 points in this match. The title hopefuls looked in control at the Etihad Stadium on Tuesday before imploding thanks to defensive and goalkeeping mistakes. If this weakness is exposed in domestic competition then it could seriously affect their chances of claiming the league crown.

The defeat in England followed on from a wobble last weekend, when Monaco could only draw at lowly Bastia on Friday night. Luckily, closest challengers PSG couldn’t capitalise after only drawing themselves at home to Toulouse. Monaco will be favourites for this one though, and have only lost 3 matches in the league all season. Their goals scored record of 76 in 2016/17 is by far and away the highest in the division and few would bet against them adding to the total here. Radamel Falcao is the red-hot form striker in the side with 16 goals already to his name.

Guingamp meanwhile have enjoyed an excellent campaign but they look to have lost their way since the return to action following the winter break, winning just 1 match in 2017, at home to Lyon. Their success has been built on a solid defence and edging close games, with their top scorer Jimmy Brian who has just 7 goals so far. They could well fall a few further places by the end of the season, but should still have enough to be comfortably mid-table.

We expect Monaco to continue their good form in front of goal, so we advise backing there to be 2 or 3 Match Goals at 20/21 with bet365.

For our correct score prediction, we are backing Monaco to win 2-1. That bet is valued at 7/1 also with bet365.

Free Football betting tips every day for your chance to win big!
HEAD TO HEAD
The sides drew 2-2 in the reverse fixture back on the opening day of the season.
GUINGAMP VS MONACO STATS
Monaco have won 54% of their away games in Ligue 1 this season.
GUINGAMP TEAM NEWS

Striker Guido Carrillo is out injured at the moment while Benjamin Mendy is suspended for this one.
Prediction 0vber 2.5 goal