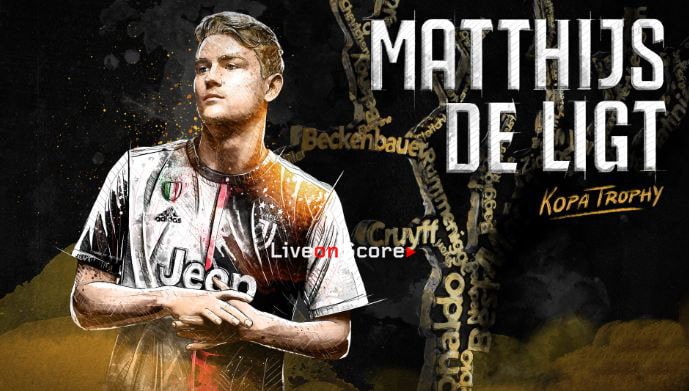 The Dutch defender wins the coveted prize set by France Football, now in its second edition

With his defensive interceptions and prowess, he has astonished the world. So young, and yet so strong. In just a short time, even the most respected international strikers have discovered the talent of Matthijs de Ligt.

Tonight, in Paris, he was crowned the winner of the Kopa 2019 Trophy, created by France Football (now in its second edition). It is an award granted to the best player on the planet under the age of 21. The trophy was named after Raymond Kopa, who was the first French footballer to win the Golden Ball. In 2018, it was awarded to Kylian Mbappé. But now the title belongs to Matthijs.

The youngster earned this trophy for his performances and leadership shown in the Ajax shirt last season. With the Godenzonen, he won the Eredivisie title and the Dutch Cup, all whilst wearing the Captain’s armband.

It was his consistency, skills and governance that saw him earn a summer move to Juventus, where he has swiftly become one of the defensive columns in the team under the guidance of Maurizio Sarri. A truly extraordinary player.