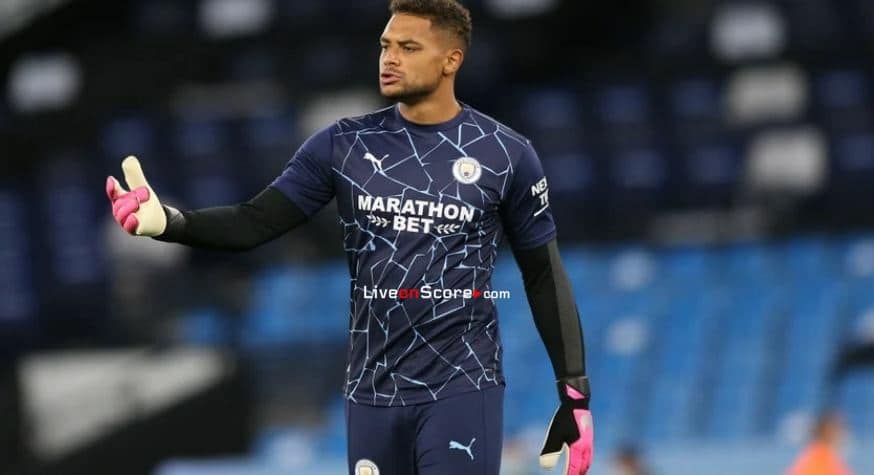 Steffen: We want to win the FA Cup

Manchester City goalkeeper Zack Steffen has admitted that the team have set their sights on lifting the FA Cup this season, after progressing into the fourth round of the competition by easing past Birmingham City 3-0.
Pep Guardiola’s men made a lightning-quick start to the encounter at the Etihad Stadium against their Championship opponents, racing into a two-goal cushion inside 15 minutes thanks to a brace from Bernardo Silva.

Shortly after the half-hour mark, City had a third as Phil Foden rifled into the bottom corner following neat build-up play from Riyad Mahrez.

READ: Tributes flood in for Colin The King

The Club progressed into the Carabao Cup final last week by beating Manchester United and Steffen has reiterated the team’s desire to taste success in this competition this season too.

“It was nice to get my first FA Cup match under my belt. I hope to play more cup games as the season goes on so this is an important competition for all of us and one we want to win. We want to lift this trophy.”

Steffen has been praised in recent days by Guardiola and the American shot-stopper had a relatively quiet afternoon between the sticks, facing just two on target efforts from the visitors.

However, the 25-year-old is enjoying his spell in the starting line up.

“That’s our job, to stay focused for 90 minutes. I’m lucky to be part of a team where I can play with the ball and touch the ball with my feet to stay active and involved with the play,” he admitted.

“I love playing. I’m really enjoying it and it was great to get out there for a few games. it’s just a shame there were no fans.

“I feel confident and have got into a rhythm, I think the players in front of me have done a great job during these matches and I’m going to keep working hard to get myself out there.

“It’s great to keep another clean sheet and having a run of games has been important to understand how we play better and I definitely feel settled.”

The goalkeeper also took the opportunity to praise Bernardo, who spectacularly netted the opener, volleying into the top corner with the ball bouncing up at an awkward height.

Manuel Neuer is Germany's player of the year 2020