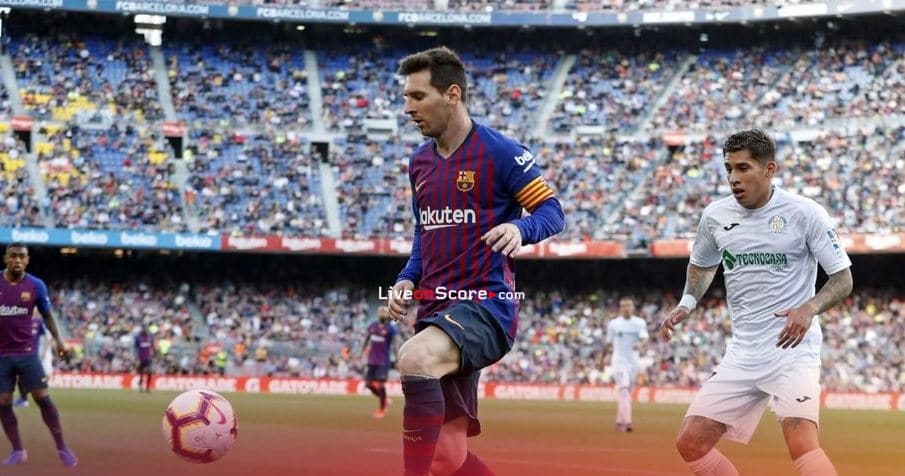 A closer look at our next opponents, who visit Camp Nou on Saturday at 4.00pm CEST

Though formed in 1923, this is actually the third different incarnation of the club. The modern-day Getafe Club de Fútbol started life in the lowest tier of Spanish football in 1983 and took just two decades to become, in 2004, only the fourth club from Madrid (after Real, Atlético and Rayo Vallecano) to play in the top flight.

And they’ve managed to hold on, having only missed out on one of the last sixteen editions of La Liga. They came within just two points of Champions League qualification last season, the club’s highest ever finish.

The clubs first met for an official fixture in the 1978 Copa del Rey, and the unfancied Geta managed an impressive 3–3 draw at home before being thumped 8–0 at the Camp Nou.

Since becoming a first division club in 2004, Getafe have faced Barça 28 times and only won two of those encounters, the last time in 2011.

Getafe have only scored two goals in the last eight meetings, which have included two 6-0 drubbings, but also a couple of 0-0 draws.

In this fixture last season, a first half goal from Arturo Vidal and a late own goal from Mauro Arambarri proved enough to win the game 2-0.

Ben: "I can't wait to get back out there"