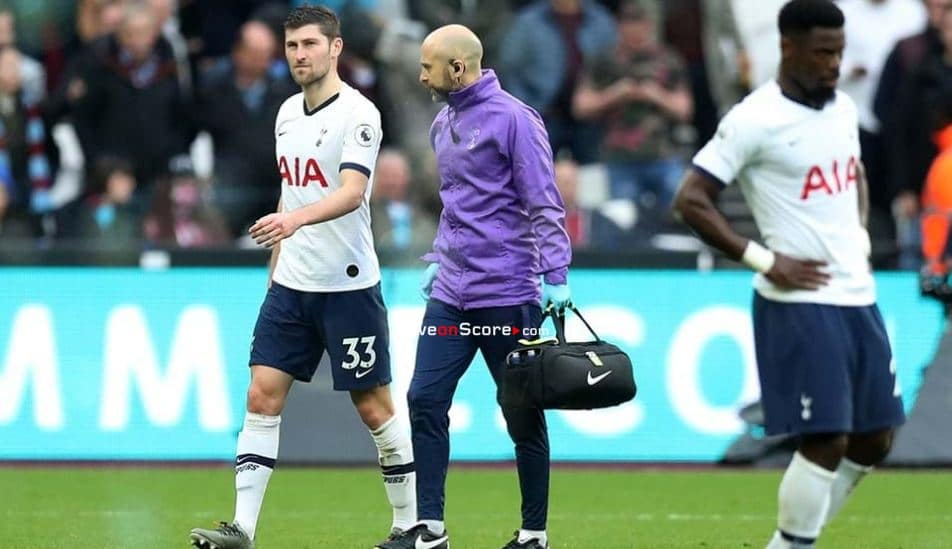 Ben: “I can’t wait to get back out there”

Jose set out an important role for the Welsh defender in that cauldron of an opener at West Ham back on 23 November.

Ben started at left-back in our 4-2-3-1 system but when we were in possession of the ball, he moved inside making a three-man defence, allowing right-back Serge Aurier to push forward and become another attacking option. “Defend with a back four, attack with a back three,” Jose later explained.

It was a role made for Ben. A left-back with 177 appearances to his name at Spurs, he’d also played regularly on the left side of a three-man central defence in his 52 caps for Wales.

It was working perfectly as well. We’d stormed into a 3-0 lead at the London Stadium and were in complete control. Then, on 73 minutes, Michail Antonio fired home for West Ham and connected with Ben on his follow through. It looked innocuous enough at the time, but Ben was forced off two minutes later – and has been out since with ankle ligament damage.

After missing Jose’s next 18 games and being sidelined for 10 weeks, Ben is back in full training. Jose reported last week that he was hopeful he’d be available when we travel to Villa on Sunday (2pm).

“I feel good,” said Ben after training on Wednesday. “It’s a been a tough one, difficult not to be involved but look, it happens in football, and you have to be ready when you come back.

“I want to be part of the group but unfortunately in that first game against West Ham I had that taken away from me. I feel ready now and I can’t wait to get back out there.”