Erling Haaland continued his incredible scoring form with two more goals as Manchester City swept Copenhagen aside to make it three wins out of three in Champions League Group G.

Haaland was taken off at half-time and so missed an attempt at what would have been a fourth hat-trick for City, but his first-half double means he now has 19 goals in his first 12 games for Pep Guardiola’s side.

With or without him, City were far too quick and clever for their Danish opponents and would have ended up with more than five goals from a totally one-sided match if not for Copenhagen keeper Kamil Grabara.

Fresh from crushing neighbours Manchester United at the weekend, City and Haaland picked up where they left off on Sunday and took less than seven minutes to open their account.

Cancelo’s low cross found Haaland in space inside the area and, predictably, he made no mistake with a powerful finish from what was his first touch of the game.

The only surprise was that it took until after the half-hour mark for City to extend their lead and, predictably, it was Haaland who was in the right place to tap the loose ball after Grabara had parried a Sergio Gomez shot.

The last thing Copenhagen needed at this stage was bad luck but their misery was compounded before half-time when a Gomez shot took a double deflection off Denis Vavro and then David Khocholava on its way into the net.

With victory secured, Haaland was replaced by Cole Palmer at half-time – even goal machines need a rest – as City cast an eye towards their next game, against Southampton here on Saturday.

Riyad Mahrez made it 4-0 from the penalty spot after Aymeric Laporte was fouled, then the Algeria forward turned provider to set up Julian Alvarez to round off the scoring from close range.

City were completely dominant and will be heavy favourites to repeat this result in Denmark next week and ensure their progress to the last 16.

City have competition for places too

Haaland will continue to hog the headlines but Guardiola will be pleased to see Mahrez get off the mark with his first goal and assist of 2022-23.

The 31-year-old was City’s top scorer last season with 24 goals in all competitions, but had been in unconvincing form in the early stages of this campaign.

This week, Guardiola even went as far as saying he would not pick him until he improved his physical fitness – but this was surely the response he was looking for from Mahrez after restoring him to the team.

Mahrez was not the only player to make his case for more minutes with the lively Gomez impressing again, just as he did after coming on against United, and only the post stopped Alvarez getting a second goal.

At the back, Laporte’s recovery from injury meant he was fit enough to make his first start of the season, while Ruben Dias was recalled after finding himself an unused substitute for the derby.

With a busy schedule to come that sees City play 10 times before the campaign pauses for the World Cup on 12 November, competition for places is exactly what Guardiola wants. 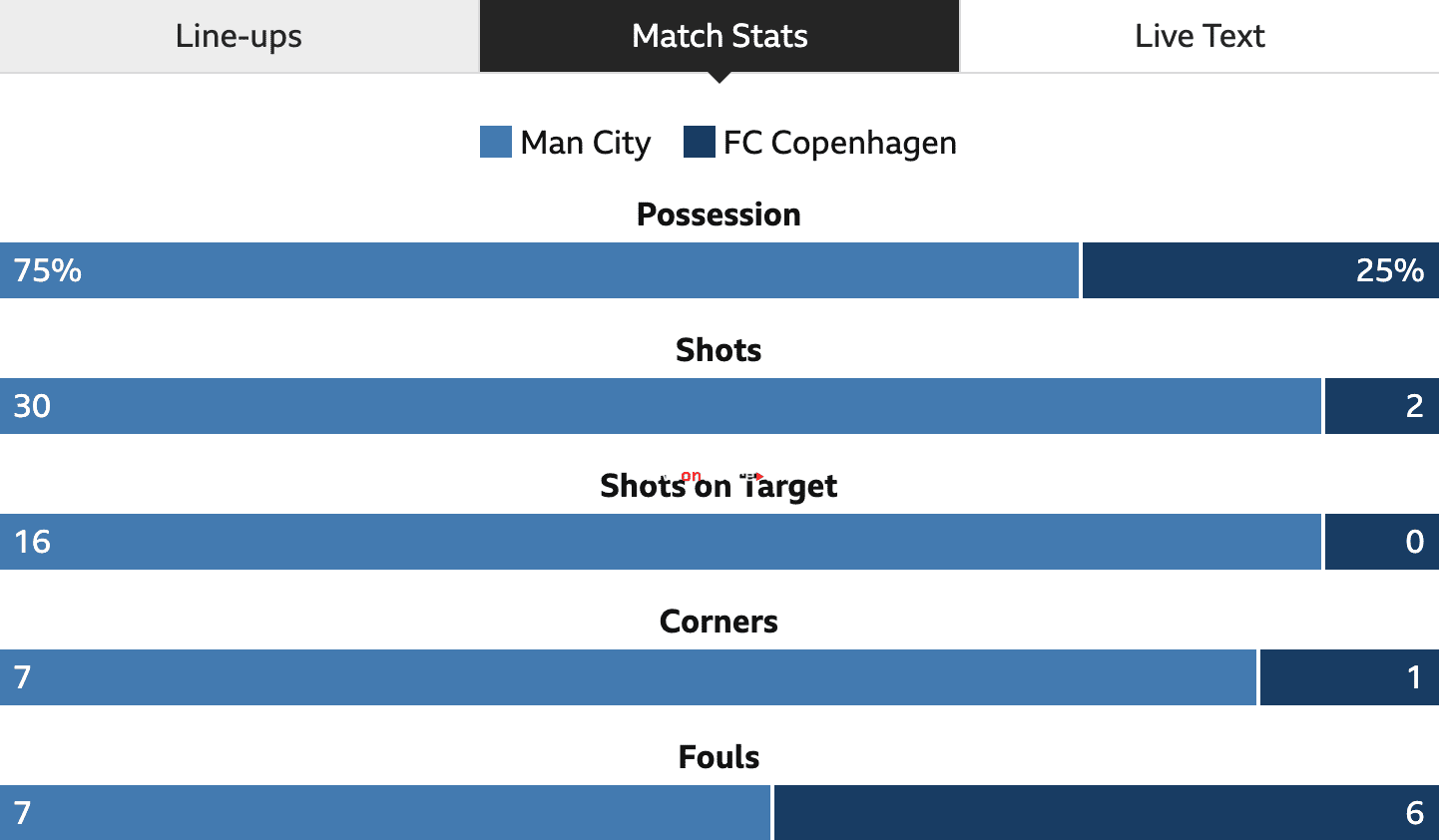