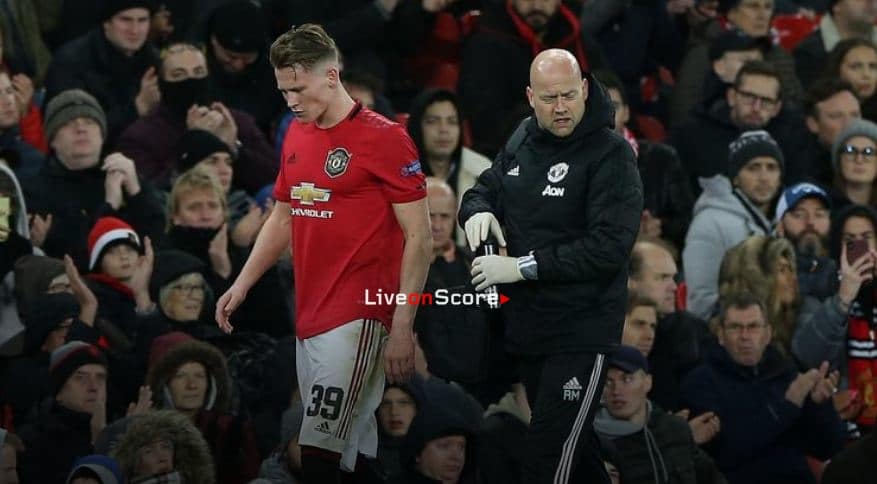 Manchester United manager Ole Gunnar Solskjaer has provided an update on the knocks suffered by Scott McTominay and Harry Maguire during the 3-0 victory over Partizan Belgrade in the Europa League.

The Reds may have eased to a win that secures a place in the knockout stages of the competition but it might have come at a cost with McTominay now rated doubtful for our next outing at Old Trafford, against Brighton & Hove Albion in the Premier League on Sunday.

Harry Maguire applauds at the end of the game.
McTominay was caught by a late challenge in the second half and initially looked to shrug off the problem only to struggle to shake it off and hobbled out of the action, with Jesse Lingard taking his place.

Maguire completed the full 90 minutes but did not seem comfortable at one stage after the break when appearing to pull up in pain.

“I think Harry will be okay,” Ole explained to MUTV. “He finished the game anyway.

”Scott is more of a concern, so let’s see how he recovers in the next few days.

“He said he was going to be okay out on the pitch and he said ‘I’ll be fine’. He’s tough, but he had to come off. But I hope he’ll recover for Sunday, but I don’t know,” added the manager in his post-match press conference.

“Inside of his ankle. I think he went over on his ankle.”