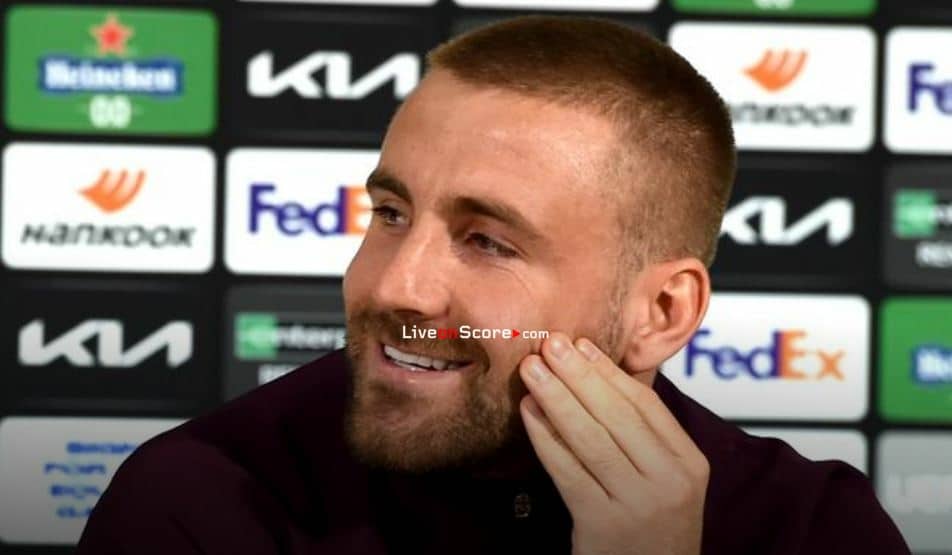 Luke Shaw says confidence and belief is high in the Manchester United squad, ahead of Wednesday night’s Europa League final against Villarreal, with the left-back insisting the Reds are continually growing as a team.

Our no.23 has been hugely unfortunate in the past when it comes to showpiece matches having had to sit out the 2016 FA Cup final and the 2017 Europa League final due to injury, and he also missed out on last season’s Europa League semi-final clash against Sevilla.

Having enjoyed arguably the best season of his career to date, which has led to an England recall and a place in Gareth Southgate’s preliminary Euro 2020 squad, Shaw is feeling strong and positive as he and his team-mates prepare to take on Villarreal in Gdansk.

“I was a bit unfortunate last time, I wasn’t there,” he told reporters at the pre-match press conference, in reference to missing our 2017 triumph. “This season, especially now there’s, personally in my opinion, much more confidence and belief in the squad that we’re improving as a team. This is the next step [on Wednesday night] to go out and show that we’re going in the right direction. There’s a lot of confidence and belief that we’re taking the right steps and this is another step in the right direction.

“A [winners] medal would mean a great deal. It’s something that when you come to Manchester United you look to win trophies. We’ve missed out on a few trophies in the last few years and I know how disappointed the lads have been. So there is a massive incentive to go out there and obviously enjoy it, but leave everything out on the pitch to win it.

Trigueros:"It's the most important game of our lives"

Pau: "We want to bring the cup back"