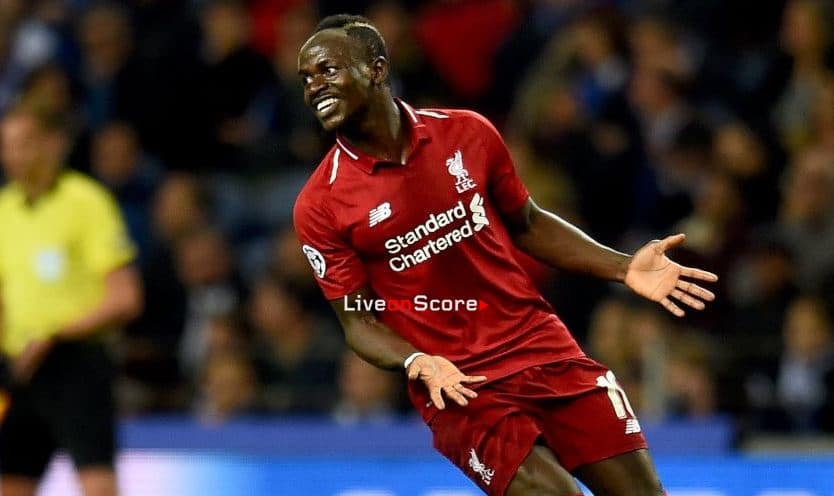 Sadio Mane was delighted his instinct was wrong as his opening goal set Liverpool on course for a 4-1 win at FC Porto and a place in the Champions League semi-finals.

The Reds No.10 initially appeared to be offside when he converted Mohamed Salah’s knock across the box midway through the first half – but a Video Assistant Referee review correctly confirmed he had been onside.

Mane’s breakthrough halted a dangerous passage of play by the hosts at Estadio do Dragao and led to an ultimately emphatic victory for Jürgen Klopp’s men in the last-eight second leg.

Salah, Roberto Firmino and Virgil van Dijk also found the net after the interval to seal a 6-1 aggregate result, with Eder Militao providing a consolation for Porto.

“I was thinking it was offside, to be honest,” Mane told BT Sport when asked for his take on the 26th-minute opener.

“I told the boys to keep going and they said, ‘No, wait.’ I was surprised. It was an important goal but the more important thing was to qualify for the semis and we did it – it’s great.

“The beginning was tough. I think the team spirit was great; we never gave up, we tried to push hard as a team. We created many chances and scored many goals, so I think we deserved the win.”

"We will give everything," says Callejon ahead of Arsenal showdown

Fernando Llorente: 'One of the best moments of my career'